Wonder Woman Around the House 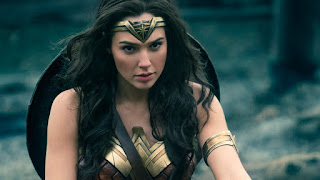 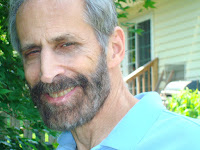 "Oh, Perry, I'm sorry I'm so late! I had to slay a radioactive monster from one of Jupiter's moons that was attacking New York City.  It could breathe fire and play music by ABBA!"

"So? There's no dinner, the dog isn't walked, and no matter how many times I've told you, you put the toilet seat down again!

"Honey, I'm so-so-so sorry, but the monster was so incredibly vicious it ate all three of the Baldwin brothers, although it did spit out the goofy one Steven. Finally I had to call on Superman to help me catapult it back into space."

"I know.  I've been watching it all day on CNN.  Bet the only reason you called Superman was because you're interested in his Man of Steel."

"Well, that's cause you're Jewish, you've probably seen even smaller."

"What would you like for dinner, Honey?  I can fly to Maine and get you a choice lobster, search the sea for the best oysters, or travel back in time for some awesome meat from a woolly mammoth."

"I'll take the lobster. But step on it, Wonder!"

"You mean AquaLame?  Tell him to go bother someone from the Marvel Universe."

"Yes, Aquaman?  A huge oil rig has exploded?  Dozens of workers drowning?! A tidal wave of oil threatens to make obsolete hundreds of ocean species?!!  Japan is about to sink beneath the waves?!!!"

"Could we have sex first before you leave?"

"Oh, Perry, I'd love to, but I'm afraid I've got to go.  As soon as I get back, I'll envelope you in my Lasso of Sex, sometimes wrongly called my Lasso of Truth."

"So you see, folks, being married to Wonder Woman is not all it's cracked up to be.  And she's Orthodox to boot so she spends most of Shabbot in shul!"

"I guess that's okay.  I sure can use a break from the many hours of phenomenal sex we have every day but Saturday." 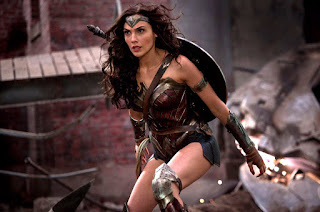 Note: As many know, Gal Gadot who plays Wonder Woman is a Jewish Israeli. She's the kind of girl I used to knock off by the carload back in the day when I was cute! That carload being a Matchbox carload.

She's a lucky woman, Perry.
There's no telling how many gorgeous European models and centerfolds she had to beat out to earn the privilege of being your sex slave.

Stuporman and Aquafellow (who wear Depends, BTW) might as well get together and throw a little pity party. LOSERS!

What did you say? I was under the Lasso of Sex! Wait a minute, Russell. We have to go to synagogue, Wonder? Okay, can we have sex first? OKAY!

Yeah, she had to beat out an awful lot of tough contenders --- in my mind, just like Wonder herself is.

In fact, talk about beating out, except that's not exactly the right expression.