Save Our Beautiful Garden Gnomes! 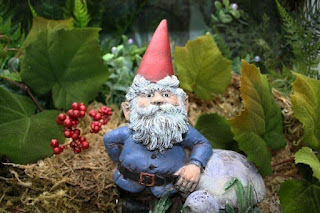 Trump has recently announced that in addition to Confederate statues, America must protect the garden gnomes that are rapidly disappearing throughout the country. Here are his recent tweets on the subject:

Donald J. Trump  @realDonaldTrump
Sad to see the history and culture of our great country being ripped apart with the removal of our beautiful statues, monuments, and garden gnomes. You...

Donald J. Trump @realDonaldTrump
...the beauty that is being taken out of our cities, towns, parks, and in front of homes of rural riff raff, many of whom love my ass, will be greatly missed and never able to be comparably replaced!

Up On the Roof 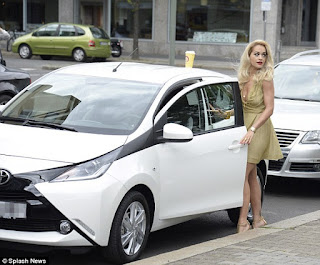 I had just stopped at the local Wawa convenience store and picked up a couple cups of coffee for me and my friend Ellen. I wasn’t in a great mood because I’d just come from yoga on a day where downward facing dog described not only one of the hardest poses for me to perform but also how I was feeling about myself that day.

I got into the car and put the key in the ignition and suddenly a car behind me started honking.

Why? My driving isn’t exactly the best but I’ve never yet caused a three car collision before I’ve even started moving.

“He’s nuts!” I thought and I pulled out of the space.

The guy hit the horn again, and I looked around. There’s nobody walking behind me, no car coming in the opposite direction, and no anvil from a Warner Brothers cartoon is about to drop on me.  Fuck him!

I drove out the exit of the Wawa and two more cars sounded their horns. I was going four miles an hour! What harm can I do at a speed like that?  Allow cobwebs to form that impede future traffic?

I gave 'em both the finger.

But when I got on the road, a guy in a pickup truck behind me began blasting his horn. I glanced back and saw a bearded, tattooed guy the size of Paul Bunyan jawing away frantically!

Just what I need - a lumberjack anti-Semite!

I turned the corner and he followed me and pulled up beside me! Big trouble now, but for what? The lumberjack got out of his car, came up to my open window, and reached out his hands.

My life began to flash before my eyes!  If only I’d had a more interesting life I'd have had a better flashback, but the flashback had just started and already I was up to watching Baywatch in 1994. Great, I’m going to be killed while staring at David Hasselhoff’s pecs, and I’m not even gay!

“Please, at least wait for the end credits!” I cried. “I want to know who does my makeup!”

His hands came closer, ever closer, so close I could hear them breathing, and hands don’t breathe!

But he didn’t lay a hand on me.

“Look, friend, I’ve been trying to get your attention for a few blocks now.   You left two coffee cups on your roof! It’s amazing that they haven’t spilled.”

And he pulled two cups of coffee off the roof and handed them to me.

So that was it. He was a good guy after all. So were the others, all trying to tell me I didn’t have a fiddler on the roof but coffee on the roof.

But from now on I’m going to keep the coffee in the car and not on the car.
At least until the next time I don’t. 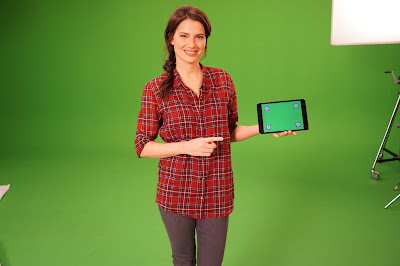 I guess it was inevitable that the smooth"as his beard hair is not" Trivago Guy would eventually be joined by a Trivago Girl.

And in introducing her to the American public the folks at the Trivago Company have not only outdone themselves, they have also outdone almost anybody else who’s ever outdone themselves in the entire art of outdoing.

She has a unique and affecting Australian accent all her own.

Did you ever hear anyone say “remembah” like she does?

Yeah. No hair at all.

Many of us did a double take when we first saw the Trivago Girl on the air.
Does that mean they’ve dumped the Trivago Guy, we wondered?  Watching him eating pancakes and stealing soap of late seemed to indicate that he was on the verge of “jumping the shark,” the term originating from when a water-skiing Fonzie actually jumped a shark on Happy Days indicating the show was fresh out of fresh ideas and about to sink beneath the waves.

The Trivago people also hit the bullseye when they decided to implement a distaff version of the original Trivago personage who actually possesses a staff. The two of them never appear in the same commercial, so that men and women are able to fantasize freely about sex with each one of them as appropriate without slamming smack dab into the boner killing (and the female version thereof) prospect that the two of them might be into each other rather than us, god forbid!

Meanwhile I have never used Trivago and probably never will.  I don’t go anywhere. But it doesn’t really matter.

And the Trivago Guy?

We’ll let him stick around a bit longer too.

I Hire the Mooch, for a Very Short Time 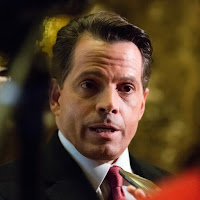 Having decided of late to do a self-published humor book, I thought I might need some marketing muscle to get the book off the ground. I realized that my marketing muscle was the equivalent of that of a 98 pound weakling, and I didn’t need to get sand kicked in my face along with not selling any books.
`
So I went on Craig’s List and found a guy who called himself a Director of Communications who was just out a job, and he shot over for an interview.

“Perry Block, it’s great to meet you, call me Mooch!” he exclaimed.

“No, Mooch! I love you and I wish you well, and I hope you go on to make a tremendous amount of money.”

He was a really lively little guy dancing around as if he had to take a wicked pee and hadn’t been informed by anyone that bathrooms had been invented.

“Well, Mooch, that’s very nice that you love me, but can you help me with promoting a book?"

“Can I promote your book? You’ll be No. 1 on the New York Times Best Seller List quicker than I usually get fired at any of the jobs I've had. Here's what I’m going to say about you:

“I’ve seen this guy throw a dead spiral through a tire. I’ve seen him at Madison Square Garden with a topcoat on. He’s standing in the key and he’s hitting foul shots and swishing them, OK? He sinks 3-foot putts.”

“But that’s not true, Mooch.  Next thing you’ll tell them I have a three foot putz!”

“No, not exactly. But I am going to tell them you can suck your own cock.”

“That’s disgusting!  Besides, only Ron Jeremy can do that.”

“I can love you! Also I can fire all the leakers.”

“But I don’t have any leakers!  What would they leak about, that I’m doing my laundry and I put in too much bleach?”

“Too much bleach? Shows poor judgment!  I’ll cock-block these leakers for you the way I cock-blocked Scaramucci for six months ... and he’s me.’”

“I’m sorry, Mooch, I have a feeling this isn’t going to work out.”

“And the baby’s already got a big job at Goldman Sachs!  I have to keep up!”

So I hired Mooch and it’s been three weeks now, the longest he's ever been at any job. I don't know how much longer he'll last, but one thing is abundantly  clear.