Nothing to Budge in the Budget 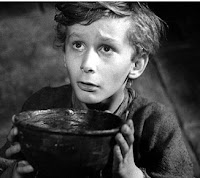 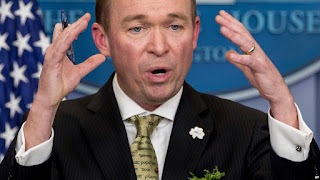 I was critical at first when I heard the news about draconian cuts in Trump's budget for fiscal year 2018. But as I review it I find the budget less draconian than I thought and actually even conian!

There's nothing to budge in the budget.

Meals on Wheels, initially to be eliminated, has been resurrected in modified form as legislators with even the tiniest percentage of a heart (i.e. Average Republican Percentage, 2016 - 22%)  came to recognize the importance of underprivileged seniors receiving some food instead of having to forage for it.

The revised program will be called Meals on Feet. Food delivery may be somewhat slower than under the former program.


Some cuts have also been introduced into the Headstart Breakfast Program for underprivileged children. Participating children will receive a nourishing breakfast including scrambled eggs scraped off the walls of local dysfunctional families, two small rocks, and a container of milk with an obscured expiration date.

“There is no demonstrated proof that children who pass out in school do any worse than those who do not,” stated Mick Mulvaney, Director of the Office of Management and Budget.

At National Public Radio, afternoons at five will still feature that venerable bastion of world news and knowledge slightly down scaled and renamed All Things Cursorily Perused.  NPR's funny Saturday morning quiz show with Peter Sagal will now be called Wait, Wait, Don't Tell Me ... Ever.

At the EPA, budget cuts will be limited only to those affecting the environment.

So are you still worrying about how the new budget will affect you?   I wouldn't worry much at all.

As long as you don't live in the United States.

My Wonderful Fabulous Marvelous Graphic for You 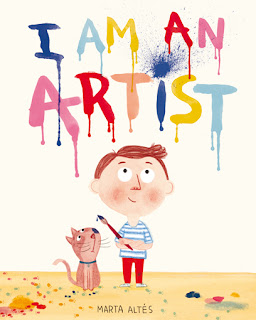 He may be an artist,
But I sure ain't!

I've never been much of an artist.

Anytime I've tried to draw the figure of a human being it always comes out looking like a stick figure, and the sticks are ugly sticks as well.  If I attempt a still life, it's usually dead on arrival.

That's why I always illustrate the opuses on my blog with pictures on the Internet, breaking dozens of copyright laws and opening myself up to litigation worth hundreds of thousands of dollars, if anybody ever actually read it.

Fortunately no one does.

Here is a simple graphic culled in the manner above presenting a message with great significance for our time and even for an hour or two after our time.
There's no prize if you figure it out, but there is a very big prize for our nation should it come true.

My Wonderful Fabulous Marvelous Graphic for You 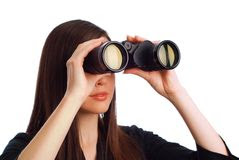 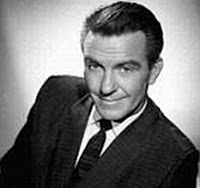 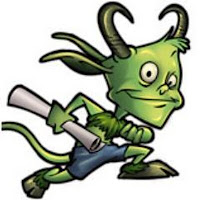 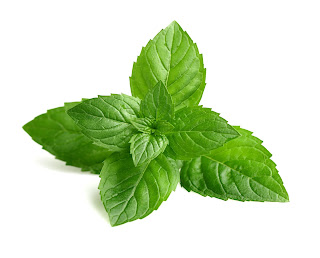 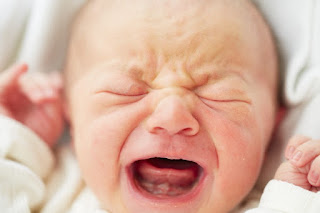 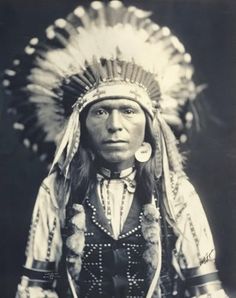 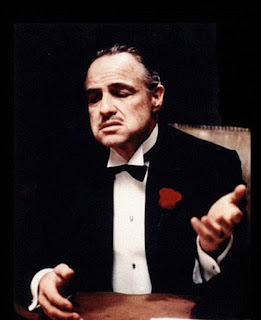 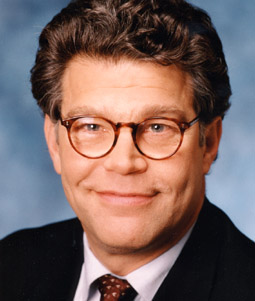 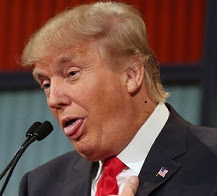 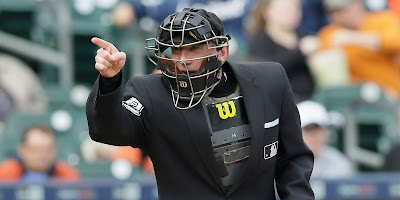 Looking Forward to the Impeachment of the Baby-in-Chief Donald Trump!

And hopefully soon, we can call him out! 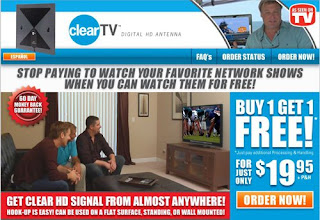 A local area stupid idiot has recently purchased that idiotic gadget they sell on television that enables you to watch the same broadcast television channels that you have always been able to watch for free.  It's difficult to believe anyone could be such a douchebag as to fall for this ludicrous scam.
The television commercial puts forth the ridiculous proposition that there's no need for anyone to purchase cable television because the moronic contraption, which costs twenty hard earned dollars, enables you to enjoy clear crisp reception of the very same broadcast television channels that you already receive in a clear crisp manner unless you are on a spaceship bound for one of those recently discovered seven planets 40 light years away.

"Why pay hundreds of dollars for cable and satellite channels you may never even watch?" says the sleazy pitchman on the television commercial that appeals only to persons of the lowest measurable intelligence quotient (IQ).

"You know he makes a lot of sense," marveled the mental midget just before ordering 6 or 7 of the totally worthless doo-hickeys. "I really miss HBO, Cinemax, Showtime, Starz, and all the other cable channels I used to love," commented the dumb shit, "but like the man on television says I was paying hundreds of dollars for cable and satellite channels I may never even watch, like the Spanish language ones. Now I can watch The Bachelor every week and get crisp clear reception!"

At the time of this posting, the cretin was sitting at home watching Two Broke Girls with a vaguely unsatisfied look on his dumbass face.

On Her Majesty's Secret Toaster Service 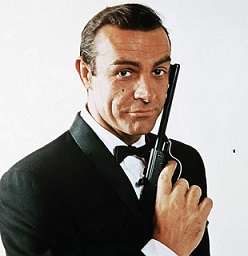 My longstanding toaster finally gave up the ghost - along with the ghost of the toast - and I headed to my nearby Bed Bath & Beyond to seek a replacement. I wasn’t picky and frankly planned to pretty much buy whatever I could as fast as I could.

That is, until I saw out of the corner of my eye a strong silent model sitting by itself. The unit was striking in its dark, rather cruel good looks.

“Sir,” I said to the salesperson, “what is the name of that toaster?”

What a strange name for a toaster!  But I had to admit I was intrigued. Somehow I knew that James Bond Toaster Serial # 007 could not help but give me great toast, first time, every time.

That night about 2:00 A.M., I heard strange noises coming from the kitchen and I crept downstairs.  There I saw my new toaster burning to a crisp two large screaming hunks of Pumpernickel Bread!

“Sorry, old chap,” said the Toaster, “had to turn the tables on these two hunks of bread that tried to choke me to death.”

“So it is true what everyone is saying. All kinds of electronic equipment like television sets, hair dryers, and can openers are being used in high level espionage these days.”

“Yes, it’s true," the Toaster replied. "Permit me to formally introduce myself:

“But why were you attacked by hunks of bread, Toaster Bond?”

“They were agents of the despicable villain that I’ve been trailing.”

"What does he want?"


“He wants to destroy the world as revenge for being cursed with tiny little fingers!"

The next few nights were uneventful as Toaster Bond continued surveillance of my kitchen. One night I heard my blender making high pitched fervent sounds for hours on end;  next day I couldn't get her to blend long enough to even make a halfway decent black and white shake.

Yet the presence of electronic and other spies throughout my house began to leave me unnerved, although I managed to hang on.  Yes, I was shaken but not stirred.

One morning the door to my refrigerator was ripped off its hinges and incinerated pieces of toast were everywhere!

“Where was the headquarters?” I asked.

“In the meat keeper. You may want to run out and buy some eggs or something later on.”

“No, but it's only a matter of time. His tiny hands were all over the butter!"

"Are you leaving now, Toaster Bond?"  I asked.

"Yes, old chap.  M is reassigning me to another kitchen. Maybe even Chris Christie's."

“What does M stand for?”

The Trump Health Care Plan, Fact Checked for You 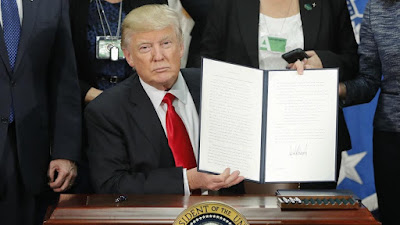 Don't even try to thank me!

I have fact-checked for you the statement of Donald J. Trump in support of the new Republican health care plan, and as you may have guessed, there are some discrepancies between the truth and what the Baby President asserts.

Trump's Statement
“For eight long years this nation has endured the complete disaster known as Obamacare. (False. The law wasn’t passed until 2010.)

But Obamacare will soon be replaced by something wonderful!  There will be better coverage, lower costs, and better care! (False, False, and False. Nice symmetry to those answers, huh?)

The new plan is called RyanCare. It is not now and never will be called TrumpCare. (False. You're going to be stuck with it, jerk!)

Medical resources are stretched so thin that doctors are reusing tongue depressors, playing tapes of Tracey Morgan's stand up comedy during operations instead of using anesthetic, and handing out lolly pops to kids at the end of their appointments in that green flavor nobody likes. (False. I actually like that flavor.)

I've even heard that former television celebrity Billy Bush, whom I never liked, is now a practicing gynecologist in Milwaukee!  (True.)

RyanCare must pass and pass now! If it does not, I'm going to do absolutely nothing and let Obamacare implode and destroy everyone on the planet! (False. The planet is secure.)

Of course, I will blame Hillary Clinton for it all. (False. He will blame Crooked Hillary.) 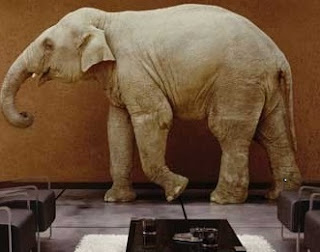 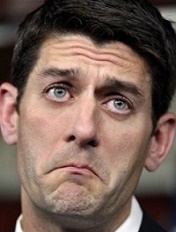 A bizarre visual ailment has stricken Republican members of Congress!

The nation’s premier vision specialists seem powerless to diagnose or treat it.The strange affliction causes GOP lawmakers to be partially blind, wholly unable to see an enormous African elephant in the room holding a flag in its trunk proclaiming:


This Guy is Fucking Nuts!


Speaking to reporters, House Majority Leader Paul Ryan stated "What are you talking about, I don't see an elephant in the room!" when questioned about the enormous pachyderm in the room blowing water jetties directly into his face.

At yesterday’s Daily White House Briefing, Sean Spicer repeated over and over that he was sick and tired of answering questions about the "so-called" elephant in the room, even though the elephant was sitting on his chest causing Mr. Spicer to speak like the Christian Bale Batman.

Oddly enough this terrible visual affliction has not affected Democratic lawmakers, who can all clearly see the elephant in the room and have reported the flag it is holding is now worded:

Meanwhile the nation waits for our suffering Republican lawmakers to recover the ability to see everything again, including the three ton elephant in the room.

Will no Republican ever be able to see it?

We’re all waiting … and waiting ….