What's in a Name When Your Name is Perry? 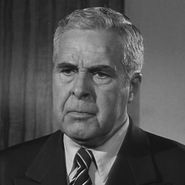 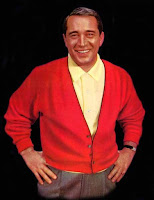 
What’s in a name when your name is “Perry?”

After all these years I’m not really sure.

True, there's nothing terribly wrong with the name Perry, aside from the fact that the folks who bear it are few and far between. Yet I’ve always liked my name about as much as I like the smell of five day old fish.

As a kid in my 1950’s Philadelphia Jewish suburban world, I knew no other Perrys. I alone epitomized the name. And as its sole epitomizer, I was hardly doing it justice

I was not athletic. I was routinely picked last in gym class and then promptly placed on waivers. I was also painfully shy. Speaking up in class might as well have been speaking up to negotiate the Cuban Missile Crisis. The only time I raised my hand was when I had to go to the bathroom.

Thus my concept of “Perry” was someone with all the qualities I disliked in myself.  And the only other Perrys I knew were fictional or on TV.

Although he had his own catchphrase - "Great Caesar's Ghost!"- Daily Planet editor Perry White was the only principal character in the Superman legend never to get his own comic book.

As played by actor Raymond Burr, Perry Mason was one of the TV’s most boring characters, a burly middle aged barrister who wasn't funny, didn't duke it out with bad guys, and only hung with women if they were wrongly accused of  committing murder.

Then there was a laid back crooner with a personality like a carp whose greatest talent seemed to be the ability to mask his blandness with a closet full of red cardigan sweaters. His name was Perry Como.

And let's not forget one of the murderers in the book and movie In Cold Blood. His name? Yep, Perry Smith.

Later as an adult I did briefly get to know another Perry. And I found myself baffled by something that any Tom, Dick, or Harry had been doing all their lives.

“Hello, Pouie,” I sputtered over the phone the first time I called “Other Perry.”

I found myself unable to ascribe to another human being the name I’d always felt saddled with, but which I’d also come to feel I owned.  For better or worse, not only did I epitomize the name, I had now become the:

But then a curious thing happened.

Some people I'd meet began to tell me they actually liked my name:

"Perry! That's kind of unusual, and kind of cool!"

"Has a friendly sound to it, Perry does.  Names ending in "ry” always do."

"Not many people named Perry. Makes you special!"

There also began to appear a few Perrys more pleasing than the humble Perrys of the past. Despite our shared Perry personas, rocker Perry Farrell, actor Perry King, and designer Perry Ellis all  presented a better and more positive image to me in terms of talents, personality, and achievements than the Perrys of yore.

So maybe I'm not the "one true Perry" after all. Nor should I be limited by stale self-images of who a Perry ought to be.

So what's in a name?

If it's your name, it's all about what you think of yourself. I'm trying to start thinking of Perry - my name and me - in a good way.

I think Pouie would be pleased.

My neighbor's name is Perry, so I can brag and say I know a total of three of your species (the other being Perry Wolfinbarger - don't ask me to spell that three times real fast).

My mother had a penchant for unusual names. My brothers, Gordon, Rance, and Corley (you heard correctly) came along before me - Dennis Russell. My dad detested the name Dennis and preferred to call me Russell because he had a hunting buddy who carried that moniker.

I've probably met a half-dozen other Russells in my whole life. None were as witty or dashingly handsome as me. Nor as modest or humble, I might add.

While having a rare and unusual name like Perry or Russell might be a pain in the ass sometimes, I much prefer it to Steve, Mike, Brian, Robbie, or Dick-nose.

No question about it, you are the wittiest and most dashingly handsome Russell I have ever met! Of course I have never met another Russell. I can't hardly think of any famous Russell's I've ever even heard of.

Oh yeah! Russell Brand! I just thought of one.

I think I have actually met only three other Perrys. Two I didn't know very well, one was a jerk. But I am actually being sincere in this article: I didn't like myself very much so I didn't like the name, and I have never really gotten over it.

What I really wish I had been named is:

Oh, so now your wanting to name yourself after Trump. I get it. Will your middle initial be "J" too?

Next you'll be shopping for a mail-order ex-model from Slovakia.