Oh, Wouldn't That Be Neighborly! 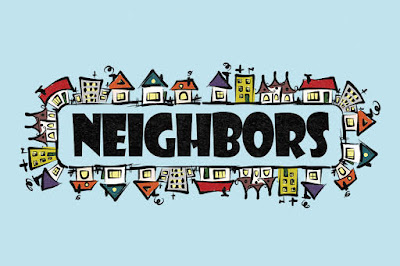 Especially when new neighbors move in and you want to make a nice impression in the hopes you and they might become good friends.

“I’d love to,“ she replied,” but I can’t right now. I wanted to ask you if you have a corkscrew we can borrow?”

“Of course I do,” I said, going to the kitchen, securing it and handing it to her.

“And you need not be in any hurry to give it back either,” I said.

I knew Jane and her husband Tom were just setting up housekeeping so I understood they may lacking in some household essentials.

A couple of days later, husband Tom was at the door.

“Hey, Perry, Jane and I are making soup today.  Wonder if I can borrow a large pot, a stirring spoon, whatever appropriate seasonings you have, and a tureen?”

Well, why not?  Anything to be neighborly.

And about the corkscrew that Tom was clearly not returning while borrowing the large pot, stirring spoon, whatever seasonings I had, and the tureen … well, I did tell Jane not to be in a hurry to give it back.

“Here ya go, Tom,” I said, gathering everything up.  “No rush getting these back.”

“Perry!  Thanks for all your great help.”

Next day both of them were back at my door.

“Oh, you guys!” I said.  “I told you there was no rush in giving the corkscrew, soup pot, stirring spoon, seasonings, and tureen back.”

“Oh, yes, we know that and we thank you,” gushed Jane.

“We’re having both of our families over for dinner tonight.”

“So … may we borrow your dining room table, please?”

“We may have to take off the legs to get it through the doorway," said Tom, "but never fear.  I brought a saw and I have glue at home.”

Over the next several days the Buxbaums were frequently at my door.  And out my door and over to the Buxbaums went all the furniture in the living room, my pool table, and the powder room toilet.

I had to face it. People do sometimes take advantage of me.  I have to watch for that from now on.

I decided to start right away.

I marched over to the Buxbaums’s house.

“I want my corkscrew back and I want it right now!”

You know what? They returned the corkscrew forthwith!

Being assertive works.   No doubt about it.

It’s two months later.  I am living in a tent in my back yard.  It’s cold and muddy and I could use a shower and a hot meal.

I’m not the best at being assertive, no doubt about it.

But at being neighborly? 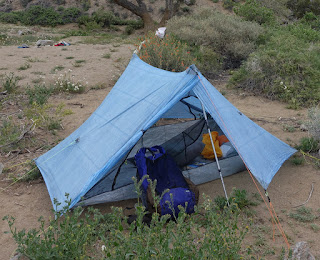 Posted by Perry Block at 9:16 PM No comments:

Trump and the Genie who Looks Like Matthew Whitaker

And Trump rubbed the lamp and there appeared a genie.

"Oy!  Ten thousand years will give you such a crick in the neck!"  said the Genie.

"I guess all genies say that," thought Trump.

"Welcome, Genie with the light lack of hair!" said Trump. "I am  Donald Trump, your new master who has just rubbed the lamp."

"I knew it was you.  You rubbed me so hard  I was considering hitting up Michael Cohen for money to keep it quiet."

"You know, you look like somebody else I've considered to be sort of my genie," said Trump.

"I know," said the genie.  "Difference is that I'm qualified."

"Do I get three wishes, Genie? " asked Trump.

"You do, of course, that's the law.  Not that you usually pay attention to laws."

"Well, first get rid of the Mueller probe."

"Done! Mueller right now is writing a report stating you were a double agent for the United States who befriended Putin so our intelligence services could learn as much possible about his plans."

"Cool! Never thought of that one."

"Second: I want all women who have accused me of  sexual harassment to shut up."

"That's going to take some work.   How about I just do the ones from A-G?"

"No, I need everyone from A through X.  Damn, wish I knew the alphabet! Maybe I should call Betsy Devos?"

"Three: I want to be President for life."

"That's it," bellowed Trump!  I'm President of the United States for life!"

"That you are," replied the genie.  "Now if you don't mind, I'm going to look for the nearest porta-potty.  I  haven't been to the bathroom since the Punic Wars!"

"But wait, what's going on, Genie!  I'm choking!" shouted Trump. "My tiny hands hurt. If I had a tiny penis it would hurt too! Why is this  happening?"

"Oh, yeah, that's right.  Dude, today happens to the last day you are going to live."

"72 1/2 years is as long as you're  s'posed to be around. You eat like a pig, get winded climbing into and out of a golf cart, and use a doctor who looks like the drummer from a Sixties bar band who regularly throws up on stage at the end of each set."

"I'm turning blue, Genie!  I'm bluer than the new House of Representatives.  And why are calling me "Dude?"

"You're no long my master since we've discharged all the wishes, Dude. "

"I did make you President for life, as you asked. "

"Yeah, but it turned out to be fake news."

I'm off social media for now, but I just wanted to remind everyone that here comes that great big .... 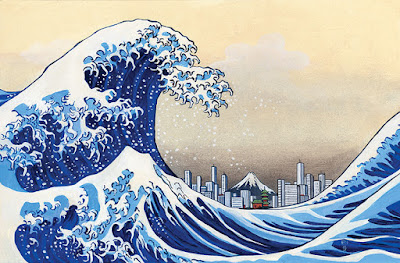 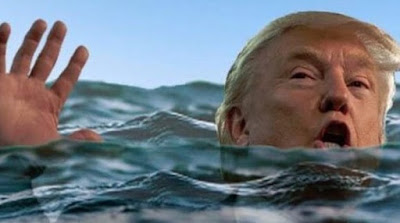 Posted by Perry Block at 5:11 PM No comments: