The Course Guide to Trump University of Fake History 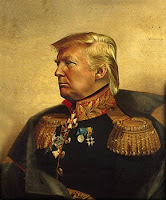 Anybody can study actual history if they want to spend time reading!  But what’s the point of  staring at all those dizzying words if the best you can do for yourself is wind up some loser who knows that the dude buried in Grant's tomb has an unpronounceable first name starting with "U?"

I’m rich, folks!  I’m really rich!  And I think the dude buried in Grant’s Tomb is Cary! So what have you got to lose?

All the professors at Trump University of Fake History are hand-picked by me. Some female professors are also hand-pulled by me.

Our course offerings for fall 2017 are as follows:

Take a tremendous tour of a nation that's twice as large as the USA and filled from sea to landlocked land mass with a great bunch of people, amazing people! Give a huge hello to Boris Godunov, named for a character from the old Rocky and Bullwinkle Show, saddle up with Catherine the Great, and meet Czars and Czarinas who couldn't be keener. Serf's up, folks, this course puts the Putin in Rasputin!

A History of the Jews
Instructor: Jared Kushner (taught in mime)

A sweeping history of this remarkable people from their founding by Abraham to their liberation by Moses to the discovery of money by all the rest of them. Prominent Jewish leaders are studied including Carl Icahn, Gary Cohn, Rod Rosenstein, Mr. Goldman, Mr. Sachs, and the smoking hot Jewess Ivanka Trump.

The original and the still the greatest.  When Pope Urban called upon Christians to retake the Holy Land for purposes of Urban Renewal, Crusaders converged upon Jerusalem and applied for visas. But the Muslims' vetting process was a joke - a total disaster - and Crusaders poured into the country and  moved the Israeli embassy from Tel Aviv to Jerusalem.

For almost 100 years since the founding of the United States it was legal in the nation for one man to own another man. Thanks to former President Andrew Jackson who lived to be 94 years old, it still is. Could there be an American Civil Rights movement in our future? Guest lecturers include Dr. Ben Carson, a number of very worried white guys, and Frederick Douglass, who is now 199 years old.

You know the names:  Jefferson, Hamilton, Franklin, and Adams --- traitors all!  Thank God they were each hanged and proper autocratic rule restored by King George the … the ... some Roman numeral or other! And it’s a good thing Nathan Hale only had one life to lose for his country because 9 or 10 of them could have fucked up everything.

“Ahh, but the strawberries that's where I had them. They laughed at me and made jokes but I proved beyond the shadow of a doubt and with geometric logic that a duplicate key to the wardroom icebox did exist and …”

Not certain that’s Shakespeare, but it sounds like somebody I know.

Aside from the Holocaust and the brutal starvation and deaths of countless millions throughout the world, WW II wasn’t all bad. Wartime featured an amazing array of powerful strutting strong men who ruled with an iron fist and took no shit. Imagine them all joining me on the veranda at Mar-a-Lago, each  of us topless, tanned, and oiled up from head to toe! Winning!

An in depth analysis of the scope of European history focusing on events and ideas that have shaped modern notions of western civilization from the birth of democracy in ancient Greece to the rise and fall of the Roman Empire and ensuing Christianization of Europe to the Medieval World and the cultural and spiritual rebirths of the Renaissance and Reformation.
What? You thought I was a dumbass at everything? 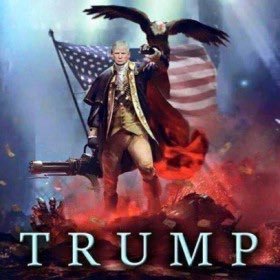 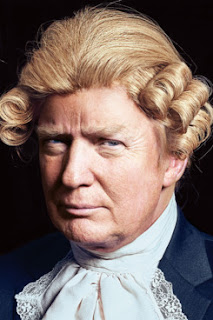 Can't wait for the movie, "Fake History of the World, Part IV" (pronounced eye-vee, as in intravenously). Director Perry Block sinks to new lows with an all-Trump cast. The feature length film feature (or is that double-features) a musical number in which The Donald tap dances on Grant's tomb wearing a pink tutu.

The sex scene Trump does with Trump is remarkable and I had no problem convincing him to do it. He wanted to do take after take. Trump did complain a bit about why wasn't there any pussy to grab, but I didn't have the heart to tell him.
You might look damn fine in a tutu also!

That is something I would pay NOT to see :-P