The Ever Friendlier Skies of United 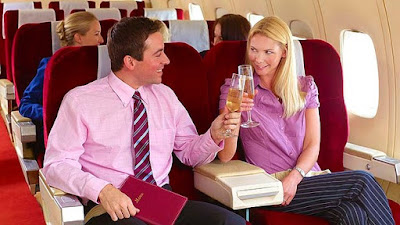 “It sure is a beautiful day for a flight,” I said to myself as I settled into my center seat, Row 23, Coach Class, United Airlines Flight No. 874.

And I’d heard Akron was quite an exciting place to be this time of year too.

I don’t get to fly that much anymore, so I was really looking forward to getting myself a bag of honey-roasted peanuts and half-a-Coca-Cola and silently giving thanks that the guy in the window seat wasn’t big and fat even if he were to have an overactive bladder.

And then, those words.

“We’re sorry to have to tell you this,” said the stewardess a bit sheepishly into the microphone, “but this flight has been unintentionally overbooked. I’m afraid I’m going to have to ask one kind passenger to relinquish his or her seat.”

Well, I can’t say I was surprised given today’s headlines.  But airline policies supposedly had now been changed, passengers were being treated better, and inducements to give up one’s seat somewhat enhanced.

But for crying out loud, I had to be in Akron tomorrow!

“If you’re willing to relinquish your seat on today’s Flight No. 874,” the stewardess continued, “United Airlines is prepared to provide you with … cue the music ... curtain going up on:

Yes, you’ll be staying this evening at Philadelphia’s Four Seasons Hotel where you’ll enjoy a scrumptious five star dinner! And next morning at the hour of your choosing - not too early now - we will fly you by private jet directly to Akron Ohio where you’ll be presented with the keys to the city, after we spiff it up a bit.  Then following your stay in Akron ….

It’s off to that little island in the Pacific - Hawaii!

Yes, you’ll take off first class for a two-week deluxe stay at everywhere that’s cool to be in Jeff Session’s favorite island paradise! From the volcanic beauty of the Big Island, to the verdant lushness of Maui, to the iconic majesty of Oahu, it’s the Hawaii you have been dreaming of and much more, and you’ll be sharing the experience with…

Yes, assuming she’s between marriages at the time, and if she’s not you’ll be accompanied by whatever hotter than hot actress (or actor, as applicable) you choose who is available, except not Anna Kendrick because who would choose Anna Kendrick? Then when you get back home, you’ll enjoy driving wherever you please in The Great 48 in ….

Yes, it’s sheer driving ecstasy with luxury and performance as befits that discerning someone who hangs out in Hawaii with movie stars and gives up a seat to Akron in order to get there!  And that’s our …

Now, are there any volunteers?”

My arm shot up in the air like it was trying to escape my torso.

“I’ll take it!  I'll not only take it, I’ll kill for it! I’ll kill with the gleeful abandon of Roderigo Duterte for it!”

“Thank you, sir. The overage balding guy in Row 23 has volunteered first.  What is your name, sir?”

“I’m Perry Block. And by the way, I have no problem with Ms. Johansson as my companion.”

“Mr. Block, we must ask you to move swiftly off the plane, it’s about to take off.”

“Sure, but it’s hard to get through here. There’s all these showcase items all over the aisles.”

“Mr. Block, just weave your way through them.”

“Hurry, Mr. Block, we’re taking off in one minute!”

“Will somebody please drag Mr. Block off this plane already?!!” 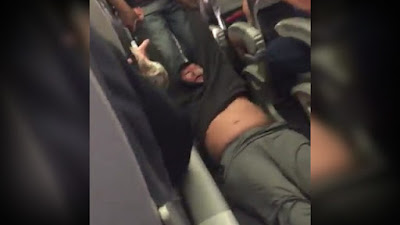 Hmm . . . there was someone on the plane older than you--and with less hair? I find that suspicious. He must have been an airline plant to keep you from receiving Showcase #1.

Showcase #2 is where the strap you to a pack mule and point it in the general direction of Cleveland. Good luck getting to Akron.

They dragged me on and off a bus to Akron. But at least I get Showcase No. 2.