Jared Kushner Will Work It Out 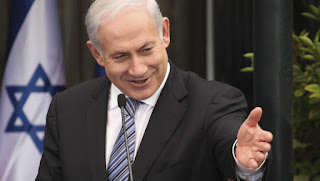 Stating that “this is definitely a win for me, which is so important, so important,” President Donald Trump stood between Israeli Prime Minister Benjamin Netanyahu and President Mahmoud Abbas of the Palestinian National Authority as they signed a historic peace treaty ending 70 years of conflict.

Following in the traditions of the American Health Care Act, the peace accord contains no details whatsoever.  It does include the words “Jared Kushner will work it out.”

“We know Mr. Kushner will do a great job finishing up the agreement,” said a glowing Mr. Abbas, “which will certainly put an end to settlements, locate the Palestinian capital in Jerusalem proper, and provide repatriation and reparations for all Palestinians driven from their homes at the time of the founding the illegitimate Israeli state.”

“We know Mr. Kushner will do a great job finishing up the agreement,” said a glowing Mr. Netanyahu, “which will certainly provide for a huge expansion of settlements, locate the Palestinian capital in some shitty little town in the West Bank, and resettle Palestinians who voluntarily fled Israeli when we Jews returned to our rightful homeland on some crappy little island in the Pacific."


Both sides expressed extreme confidence in Mr. Kushner, who has never spoken a word since he was eight.

"When he does speak I'm sure what he says will be profound," said Mr. Netanyahu, "because why else would President Ivanka Trump have married him?”

Why put the Palestinians in the Pacific? Because they both start with "P?" Antarctica sounds like a better homeland for them to me.

I'm not that one-sided. I think they have legitimate grievances and the Netanyahu government is too harsh. I prefer the late Shimon Peres. That said, I've never been to Israel so I don't feel totally comfortable criticizing them. Both of my sons have been there and one of them went to the West Bank to check it out and came back concerned about the situation. But then again Trump has made peace, so what me worry?