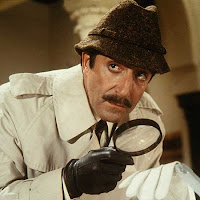 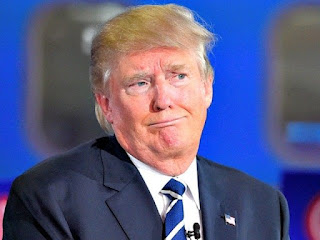 Only one day after his surprise firing of James Comey as head of the Federal Bureau of Investigation (FBI), President Donald Trump has announced his pick for Mr. Comey's replacement as Director of the nation’s foremost domestic law enforcement agency.

"I am pleased to announce today," said Mr. Trump at a special Rose Garden ceremony, "that I have selected as the new head of the Federal Bureau of Investigation Inspector Jacques Clouseau, formerly of the French Surete. We are indeed fortunate to have secured the services of such a renowned law enforcement officer."

Inspector Clouseau is well known throughout law enforcement circles for his unique brand of ineptitude and incompetence. His Wikipedia entry lists his many achievements as falling down stairs, getting his hand caught in a medieval knight's gauntlet, knocking a witness senseless, destroying a priceless piano, and accidentally shooting another officer.

"Inspector Clouseau is just the man we need to follow up fully and aggressively on the phony investigation into the non-existent ties between Russia and the Trump campaign, which is a total hoax," commented Mr. Trump, "and take it wherever it goes, namely to the ash heap.”

Inspector Mr. Clouseau was notably absent for the Rose Garden ceremony which was not unexpected since he is a fictional character.  Unaware of this fact at the time he selected Inspector Clouseau, Mr. Trump has since been fully briefed on the subject by Eric Trump, his dumbest male child.


"So much the better,” the President was reported to have said, according to the Washington Post.

Oh Perry, you're always looking for some free bush.

This must be a real crushing blow to Boris Badenov. Putin told him he had the job sewn up and that Natasha would get the Deputy Director job too.

You sure can't! You think Trump's going to stab you in the back and he stabs you in the front. You think he's going to lie to your face and he lies to your tuchas! Now about that bush ....

I'm surprised he never thought of offering the job to Vito Corleone. If anyone knows how the FBI works, it's him!

I understand he made Vito an offer. He refused.