Trump at the Speed of Light 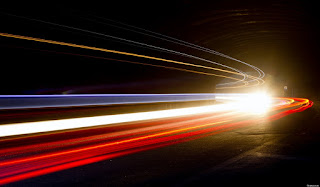 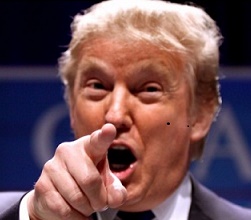 Donald Trump is ruining my second act as a humor writer!

How can that be so?  After all, the guy provides more material than a rash of bankruptcies in the Garment District. He's vastly comical in his ignorance, ineptness, stupidity, and even in his potentially ham-handed betrayal of the United States.

But lately his fuck-ups, gaffes, deceptions, lies, and the consequences thereof have been coming at such warp speed that to calculate the proper timing for a Trump parody you'd have to be Neil deGrasse Tyson!

I'd just completed a hilarious piece about Trump saying that Andrew Jackson would have prevented the War of 1812 if only he wasn't so busy fighting in it, and I was about to send it to McSweeney's Internet Tendency, the holy grail of hip humor, when ....

Oh, shit!  Trump just fired James Comey! That makes the Jackson piece as stale as the jokes in a 90's sitcom!  Now what?  Okay, got a new idea: Trump is going to name Inspector Clouseau as Comey's replacement!  Ha, ha, ha! Gonna send that right over to ....

Fuck!  Trump just invited the Russians into the Oval Office and gave away highly confidential intel!  The Clouseau piece is now so out-of-date if it were a person it would be wearing bell bottoms. Okay, new idea: Trump brags that "I'm the best traitor! Nobody can sell out America better than me, certainly not the failing Benedict Arnold," and ....

Damn it! And even before I begin writing there’s news a special counsel’s been appointed, Trump called Comey a "nut job," it's a witch hunt, "No politician in history, and I say this with great surety, has been treated worse or more unfairly," and, and, and ...!

There's only one way to deal with Trump at the speed of light. I've got to make my best guess about fuck-ups and falsehoods of the future and write ahead. So if he's in Saudi Arabia right now:

In Israel, Trump tries to bring Israelis and Palestinians together by hosting a pig roast ...When visiting Pope Francis at the Vatican in the heart of St Peter's Square, Trump asks the Pope "so how do you like living in a starter home?"... To complement his prior creation of the term "prime the pump," Trump dazzles world leaders at the G7 by coining the phrases “To be or not to be,” “if at first you don't succeed, try, try again" and "23 skidoo."

What's that you say?  Trump did what? I didn't write ahead about anything like that!

Donald J. Trump, you are ruining my second act as a humor writer.

And doing it at the speed of light.

One of my favorites of all time. I was laughing out loud. You are so right. The same goes for having a discussion about Trump. I'm always three gaffs behind, kind of like following the horses in a parade. Lots of shite to step around.

Thank you so much, kind doctor! And thank you, Trump, for your never-ending supply of material. Without you, my career would be total shit! And not just shiite, like it is.

You owe so much to Trump. I'm surprised he hasn't brought you on as a speech writer. That would make your life so much easier as you could not only predict, but dictate his next gaff.

P.S. - I do like the pig roast idea. At least that's one thing the Palestinians and Israelis could agree on.

You know I do owe him. If he stays in office 8 years I may become a very successful 76 year old humor writer. Oh boy, I can hardly wait! (And I don't agree with either the Israelis or the Palestinians - I love me a ham sandwich!)

I'm frightened to make for of what seems a looney tunes run of days from DC and now abroad.
Keep up the good cheer

I'm so happy to hear from Caroline Gerardo, the alter ego of one of the mightiest heroes of all time, Radnor, Warrior Lass with Swords! http://www.perryblock.com/2012/03/legend-of-radnor-warrior-lass-with.html Boy, could we use a hero right now to stand up to Trump!

I just hope Radnor's not a Republican.

Thanks for commenting, Caroline.