Just a Couple of Presidents Talkin' on President's Day 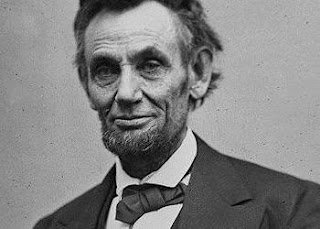 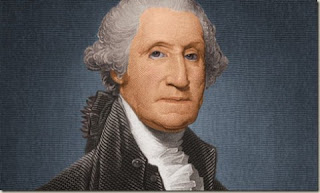 "Imagine the two of us sharing a holiday, George!  Me and you, the first and second most important Presidents in U. S. history."

"Well, clearly I'm first!  Which one of us had a world class motion picture out this year directed by Mr. Steven Spielberg and starring the incomparable Daniel Day-Lewis, the male gender's answer to Meryl Streep?"

"Well, I've been in movies too. And more filmstrips than Jack Hanna!"

"Terrific.  And by the way, I've also been played by  Henry Fonda, Raymond Massey, Jason Robards, and Academy Award Winner F. Murray Abraham. Who you got --- Jeff Daniels?"

"Yeah, with Sorkin writing his lines!  And, George, there wasn't just one but TWO big movies out about me this year!"

"You're counting the stupid vampire movie!?"

"And I suppose you have a project in development with Judd Apatow?"

"I'm Number One! With that beard, you'd be lucky to get a part in a feminine hygiene commercial, if you catch my drift!"

"With your teeth, you'd be lucky to get PoliGrip!  Bet you'd really gum the scenery too!"

"You couldn't deliver the Gettysburg Address without half a dozen Marco Rubio moments!"

"Then again maybe you could take an acting class, and learn how to act teeth!"

"You two guys need to work together on this.  Accordin' to my standards ...

"According to your standards, Bill, my life was about as exciting as winter in Valley Forge. You, Abe?"

"Absolutely, George! Four score and seven had nothing to do with the number of babes I got to ..."

"Right you are, Georgie!  Let's go get ourselves a drink and some dinner.

Folks, what I whispered to Abe and George were the words:

I figured they'd rather spend the next four years sharin' first place than arguin' in 2016 who's gonna be second and who's third!

Since the vampire slayer angle has already been done, perhaps George could take up Werewolf hunting. I'm sure Bill is eager to play the role of American Gigolo in his upcoming autobiographical film debut. The casting couch will be bouncing when they audition for those parts.

LOL! Bouncing is the word all right. Bill Clinton starring in American Gigolo would require a TV series running longer than "The Simpsons."

George Washington: First in War, First in Peace, First in the Hearts of his Countrymen with a Stake... Yeah, it kind of has a ring to it!

Thanks for writing, Russell.