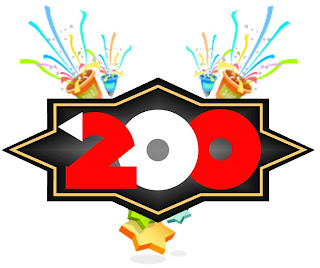 I couldn't reach my 200th blog post without stopping to reflect on what the past two and a half years of blogging have meant to me.  For me,  writing a blog has been much like sex.  Even though with my readership I'm almost always alone,  I still manage to have fun!

From time to time those of you with no lives who read the blog for obscure reasons known only to your lonely selves have asked me a variety of questions.   I usually ignore them because I simply can't be bothered with you, but today because I have no actual premise for this post and have just bombed out with my Dorian Gray and Gay NRA parodies,  I thought I'd tackle a few.

How old is your avatar?

What gives you the idea it isn't current?  Aside from the small almost indecipherable reference to Matthew Brady in the lower left hand corner?

My avatar is  just eight years old, and later today I'm taking it for water ice and mini-golf. It was cropped from a larger picture taken on an epic hair day in perfect lighting from the optimal nose-minimizing angle after a full-night's rest and a satisfying meal on a day that there was very little trouble in the world and ... I was at Disney World.

And I still, more or less, look like crap.

What made you decide to start blogging?

Several years ago, I came to the realization that I had many unexpressed thoughts, ideas,  hopes, dreams,  desires, and aspirations.  They are none of your damn business!  So I thought I'd write me some schlock comedy.

Where do you get your ideas?

Mostly from China.  I also import a smattering of ideas from several other Asian countries and a few from a real funny fat guy in Bolivia.  Don't get me wrong,  I'd love to source ideas from the United States,  but frankly the concept-ship is shoddy and I've gotten zero customer service attempting to get help for an idea that isn't working.

Why a no-frills blog?

Well, it's easy to maintain, doesn't require expensive tune-ups, and you'll expect less from me and maybe find the stuff funnier.  And do you really want to see me all dressed up with cutesy fonts and pink frilly graphics?

Who are your humorist heroes?

Of course I've always admired Woody Allen, but his neurotic Jewish self-deprecating persona starts to wear on you.  Albert Brooks was hilarious in Drive,  a real comedy breakthrough for him. And I'll include Calvin Trillin so you'll think I read.

Do you have a favorite gentile humorist?

That's such a funny thought!  I'll have to do a bit about a  quote unquote ....  gentile humorist ....  Ha-ha-ha!  See, there's a hilarious concept I've gotten from an American!

Do you have a writing schedule or regimen?

What is it, asshole?

Oh yeah, sorry!  I awaken at 6:00 A.M.,  have coffee, juice,  and two pieces of plain toast, not buttered.  I listen to the news on NPR, check my e-mail, and go back to bed.  Whenever I get up I write a bunch of stuff if I'm not too nauseous.

Is it true that if you have a successful blog, you didn't build that?

I don't know if you could call my blog successful, but as long as Blogger doesn't repossess the cyberspace,  I'll keep at it for a while.

President Obama may have misspoken,  but he was clearly on to something.  A lot of people have helped and inspired me both with respect to Nouveau Old, Formerly Cute and The Twitter.   Among them are Kd McCrite, Carrie Bailey, Marian Allen, Lexi Revellian, Winonah Drake, Darrelyn Saloom, Brenda Le, Melissa Moore, Diana Herrington,  Michele Young-Stone,  Melanie Sherman, Leona Bushman, Marni Mann, Junying Kirk,  Cheryl Faith Taylor,  Gail Maria Forrest,  and Libby Adams. Thank you, guys!

In the highly likely event I missed someone and you are that someone,  I will make amends either in the form of bestowing sexual favors upon you (if desired, and feasible from a geographic standpoint) or sending you a dollar.  Just tweet me to berate me, and kindly include your preferred choice of reparations.

Now, any of you with no lives got any ideas for the next 200 posts?

In honor of your 200th blog post I salute you sir! I'm humbled to find that I have inspired you to greatly. I look forward to reading your next 200 blogs.

Thanks, Libby. Your interest and support has certainly helped keep me going. I may not have a lot of fans, but the ones I have --- like you --- make it all worthwhile.

That said, I still want the fame and the money and the champagne and the chicks in the hotels in Vegas. That'll really help keep me going!

Thanks for writing your best wishes on the blog too.

Excellent post, Perry, despite your attempts to convince us otherwise. And I'm glad I help inspire you, so don't call your posts schlock!

Two comments! And now I will love your blog forever.

You're right, Winonah. With such great people inspiring me, how could I possibly write schlock?!!

I dunno, somehow I manage to do it.

Thanks for your friendship and support!

congratulations and kudos on this accomplishment...mazel (that's correct usage?)

"I will love your blog forever" - I'm closing my eyes and imaging Dr. Beverly Crusher saying that, without the "r and blog" in it.

And thanks or being our "Nouveau Old, Formerly Cute" winner!

Thankfully, you've forgiven me for a lot more!

Thanks for writing and for your support.

You say I'm an inspiration? And you say you write schlock? Hmmmm....

Okay, I'll take that as a compliment. I take 'em where I can get 'em. But you can still send me a dollar.

I did wonder how old that avatar was, but I thought it might be indelicate to ask. And you know my motto: To hell with anything unrefined.

Love your blog, Dude. Feel free to imagine Daryl Hannah saying any permutation of that. If she doesn't mind, I don't mind.

I'm not saying you're not a great inspiration.

I'm saying I do a schlock job with the inspiration I get. If you were inspiring Hemingway, then we'd really see something!

Sorry, Marian, you are not eligible for the dollar consolation prize. If you like, I could perhaps make an exception and deal you in on the alternative consolation ...

A celebration, and no drinks?

For your 500th blog at least lay out a spread for us spongers. :)

You should have been here the first night, Gary, I was pouring shots.

Congratulations, Perry! No, I did not come here to see if I influenced you. That's what Klout is for, right? Party on, Garth.

Congratulations, Perry! It's not the proper hour yet but what the hell. *pops cork, and drinks from the bottle*

Though I will give you a gift.

On the chest of a barmaid in Sale
Were tattooed the prices of ale.
And on her behind,
For the sake of the blind,
Was the same information in Braille!

Yep, a barmaid will be arriving at your house on Monday. And the pump to blow her up to full size will be included.

Oh, which of the two reparations packages did you elect?

Marisa, you shock me!

And I love it.

Love your work too. Hope to see more of it soon.

I approached with trepidation. I feared you were announcing the end to this blog. Don't ever leave us, Perry. Keep writing; we keep reading. Many of us do not always comment here. Some of us lose our ability to comment because we're too computer illiterate to know what stupid thing we've done that cuts off our ability to leave remarks on blog posts. But we comment in our hearts and minds.

You rock, Perry. I mean that. Awesome. Always. I am honored to have been an inspiration to you.

No need for trepidation. Your support has been invaluable and makes me feel appreciated.

Of course it would be nice if I had a few other readers too!

Happy to know I rock and am awesome. What are you, 14 years old? If you are, pleased tell me the secret!

Thanks for writing, kd. Have a great end of summer!

I'm somebody!!! I've finally been mentioned in Perry's blog. This is my lucky day, cuz Perry is AWESOME and very amusing.

Thanks and lets have 200 more, kind sir.

hey there. Lucky you I happen to get internet for the five minutes needed to see your tweet lol. Glad I could be the inspiration of schmuck. Wait, you explained that, I think... You still might need to invest in a de-footing your mouth contraption of some sort LOL Happy 200 post!

Yes, Melanie Sherman, this is your lucky day!

You were mentioned in my blog and still managed to remain being somebody. I'm not sure anyone else has ever been able to successfully do that.

Stay the somebody you are, and thanks for writing!

Thanks, Leona. You remain the hottest girl in all the eleventh grade!

Yes, blog writing is pretty much foreclosed for everyone else now.

Dentistry is open! You could be a dentist...

Thanks for writing, Lynn.