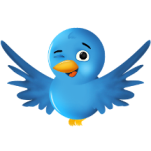 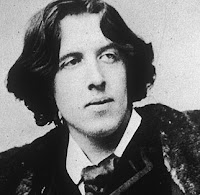 A dazzlingly new interpretation of the classic tale of decadence and depravity presented in the Age of The Twitter.
~~~~~~~~~~~~

His office was filled with the rich odour of roses, and when the light summer wind stirred amidst the trees of the garden, there came through the open door the heavy scent of the lilac or the more delicate perfune of the pink-flowering thorn.

Unfortunately there also came through the open office door the stench of an attempted jest so stale, ill-formed, and unfunny it all but served to transmute the earth into a  cavernous abyss devoid of all mirth and merriment, much as does a movie by the Farrelly Brothers.

Dorian Block sat before the personal computing screen staring at the penultimate organ of 21st Century discourse known as The Twitter.  Another tweet which Dorian had typed in an attempt to convey humour and lightness of spirit had gone off into the night unnoticed and unrecognized, its passing mourned by no man,  no woman.

"Crap," Dorian moaned.  "I cannot comprehend the grand scale and prodigious magnitude at which I suck."

Dorian had tempted fate,  desperately hoping  for a response to his limp and lifeless tweet in the form a retweet, a personal response, or even a favoriting which would at least cause it to register favorably in that unsavory repository of dick jokes known as Favstar.

Presently Dorian had a caller in the person of his longtime associate Henry Lordstein,  a gentleman who always carried with him a cane and a pipe,  but oddly enough,  leaned on his pipe and smoked his cane. Dorian sure could pick 'em!

"How goes The Twitter, Dorian?" inquired Henry. "How many inmates of that curious asylum do you now follow?"

"Are these your humble tweets?" said  Henry Lordstein.  "Ah, yes, I have discerned the problem straight away."

"Which is?"  queried Dorian.

"Your tweets," said Lordstein, "lack the succulent amusement of true wit and erudition.  In a word, Dorian,  you're about as funny as George Lopez."

At that moment, however, there arose in Dorian Block a surge of inspiration that blossomed like the sweet rose I made some obscure and pompous reference to in the first paragraph of this overheated literary parody. Dorian swiftly typed out onto the Twitter:


"If there weren't any Jews in the world, Jeff Foxworthy would be a billionaire."

Henry Lordstein exploded in fits of laughter.  The Twitter lit up like a Christmas Eve in London with responses, retweets, and favoritings to outshine even the finest dick joke in all the Favstar firmament.  It was a tweet at the glorious level of the immortal Oscar Wilde, or even of Oscar Mayer, whose bologna was beloved by all for having a first name.

"I congratulate you, Dorian," said Lordstein. "This is your moment of immortality.  This tweet will remain funny for all time,  while  for the rest of your natural life you personally will continue to be as funny as a descr iptive passage from a novel by Joseph Conrad."

"If it were only the other way!" exclaimed Dorian.

"If it were I who were always to be funny, and the tweet was to grow unfunny and lame!  For that that --- for that --- I would give everything.  Yes there is nothing in the whole world I would not give, except perhaps for either one of those two bodily parts denoted left and right that come external to the rest of the other parts."

Yes,  I would give my very soul for that!"

In the days and weeks that followed this event, all of Dorian's tweets came to possess the zest and humour of Lewis Black, only less Jewy.  The Twitter soon  lay at his  newly assured feet,  and his praises were sung in 140 characters or less from coast to coast, continent to continent, and Zanzibar to Barkley Square.  A wise literary agent signed Dorian and a rapid fire succession of humorous New York Times Best Selling books made his a household name, like "kitchen" or "spatula."

Record-shattering appearances on television and in motion pictures now brought his fame to such a frenzied degree that hubris stole the heart of Dorian Block. "I have nothing to declare but my genius," he famously said to a Customs Agent as he entered the United States to do The Conan O'Brian Show "along with a ziploc bag for some toothpaste."

Dorian Block, for his part, could feel his humanity slipping from him.  He thought of the tweet and of his vow.  Was that simple but exquisitely funny tweet the cause of both his new found comedic brilliance and his emerging heinousness?

Dorian entered his office, switched on The Twitter and rolled it back to the splendid tweet. He found that the tweet had changed! It was no longer the exemplar of brilliant observational humour he had created during that summer's day when the smell of lilac had so deliciously perfumed the air and entranced the senses.

It was a line of stand-up from Tracy Morgan's  HBO Special "Black and Blue!"

Dorian backed away from the personal computing screen, shrieked as if to wake the gods on Olympus, and ran from the room. He had never seen or experienced anything so sickeningly or horrifically unfunny in his life, and he had followed Sh*t My Dad Says on The Twitter.

Now Dorian's rampaging career began to leave a wide swath of destruction in its wake!   In humbling tribute and supplication Louis C. K. offered Dorian the only two letters in his last name,  complete with their attendant periods.  Jay Leno attempted suicide by impaling himself upon his chin.  In a psychotic fit of sheer madness brought on by his wretched inability to compete with Dorian, Jon Stewart became a Republican.

"This cannot continue!" screamed Dorian.   "A just God will punish me and should.  A five minute time out is fair."

Dorian raced to his office and opened up The Twitter.  Perhaps the tweet had righted itself and had returned to its former glory.  He rolled back the time line to those days of summer when the sweet roses bloomed, the lilacs blossomed, and he couldn't get @Crudface99 to follow him back.

A cry of pain and indignation broke from him.  The tweet was more foul, loathsome, and unfunny than ever before!  Would he never be free of its monstrous power?  Or at least have a long weekend away from it?

If he could destroy the tweet, Dorian reasoned, he could yet be free.   He lunged at the personal computing screen intent on highlighting the tweet with a left click of the mouse and then exerting all force upon the Delete key.   At that very moment as Dorian thrust himself forward, however,  the personal computing screen froze,  as was its wont being Microsoft Windows XP.

There was a cry heard and a crash.  Passing in the street below was Henry Lordstein  who rushed into the house, banged on the office door,  and when it would not give way, broke it asunder.  When he entered, he  found flickering upon the personal computing screen the splendidly hilarious tweet that Henry Lordstein recognized instantly as the one Dorian had inscribed upon The Twitter those many months ago.

Lying on the floor was a man who in visage resembled Dorian Block but in personal manner was virtually unrecognizable.  As he bent over him --- writhing deliriously in pools of his own flop sweat --- he heard his pitiful murmurings over and over and over again:

Dorian Block should have stopped while he was ahead. Those last three jokes were so bad they finished him off!

And therein lies the morale of the tale:

NEVER SELL YOUR SOUL FOR COMEDY!

Unless they are really good dick jokes.

1. I'm a sucker for anyone who spells "humour" with a u. Even if it just happens to be their native dialect.

3. I love finding talent on the web.

And don't forget "odour" with a "u" as well, which is even more esoteric. Am I making you weak in the knees?

Twitter is a valuable tool to increase your blog followers. You can see how wonderfully well it's working for me. That said, I follow you. Gimme my goddamn dollar!

I love finding talent on the web too.

Wonderful retelling of a story, which, like its first incarnation, reinforces the warning: Don't sell your soul to buy peanuts for the monkeys.

My soul is on sale to the highest bidder. Going once, going twice ...