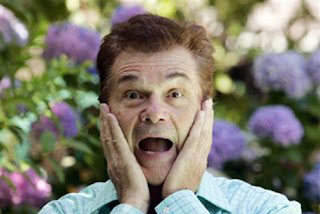 "What seems to be the problem, Officer?"

"I'm booking you on suspicion of Pulling a Willard."

"That sounds like a poor choice of words too."

"No, no, that's actually the name of the statute."

"But I haven't done anything!"

"I was eating popcorn!"

"It isn't even buttered."

"Just put down the box, sir, and step away from the popcorn!"

"But, Officer, this isn't even that kind of movie!"

"I know.  March of the Penguins, indeed!  Don't expect any display of mercy from Morgan Freeman."

"Why did you single out me, Officer?"

"But everybody does that!"

"Yes, Mr. Block.  But some people also do other things."

"I hope he's a good one.  Pulling a Willard in this county can get you 4 to 6 in the slammer!   Crap, poor choice of words again!

"Tell me something, Officer.  With all the serious problems we have that don't get addressed --- like the senseless tragedy in Colorado --- what kind of person thinks it's important to pass laws like Pulling a Willard and have you spend your valuable time enforcing them?"

"That, for once, was a perfect choice of words!"

I actually did date her.

...You dated Miss Frances? SRSLY? You are like a GOD to me!

Sadly that was not Miss Frances' opinion.

In fact, the name "Ding Dong School" was adopted for the program shortly after our date. You do the math.