My Five Lousiest Posts of 2017 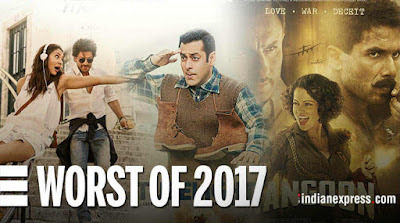 
This is time of year many critics put together their best and worst lists for movies, books, albums, dog food, lint traps, or whatever you please for the year 2017.

Here at Perry Block - Nouveau Old, Formerly Cute, I am no exception, except with respect to My List of Five Best Posts for 2017. I  found compiling such a list to be a bit of a vexing chore and I'm going to continue vexing until I can at least get up to No. 2.

There's no such problem with my alternative list, however, here curated in order for your condemnation and excoriation below.

There are few people on the planet more despicable than Sean Hannity. I suspect that if you hit Hannity in the face with a shovel it would bounce right off him rendering him no physical harm, and he would smile his malignant smile back at you, kind of like Oddjob in Goldfinger.

(Note: I am not advocating anyone hit Sean Hannity in the face with a shovel.) 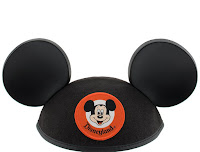 When I heard that Disney was buying the parent of Fox News (even though the phony news channel was not to be included in the sale) I immediately pictured Hannity in mouse ears.

Unfortunately that image as recreated in one of my ill-considered Internet image conglomerations proved to be about as funny as spending five minutes in Hannity's company, as if anyone sane would ever suffer to do that.

Never a great idea to parody a commercial that is (a) already off the air and (b) hardly a blip on anybody's radar even when it was on TV,  but that's what I attempted to so in this lame post.

This was about a product that you attach to your television that promises to provide you with all the broadcast channels you can normally get anyway without it. Thus you would not have to pay cable charges for all those channels "you probably don't watch anyway."

Not only was the post unfunny and obscure, I had the chutzpah to liken its style to The Onion. The only onion it was like was an actual onion. It made me and the reader cry.

3) Jared Kushner Will Work It Out

The amount of trust Trump places in his near mute and seemingly not too bright son-in-law Jared Kushner has always bordered on the absurd. So I woke up one morning and whipped off a mirthless parody of the Israeli and Palestinian leaders showing the same level of wholly misplaced confidence in Kushner that Trump does, certain he alone can rectify their centuries old problem.

My problem may not have been centuries old, but it was similarly intractable. Neither Netanyahu, Abbas, or Kushner produced any laughs.  Of course the Middle East conflict is not funny, but I think I set back the peace process with this inane post even farther than did Trump. 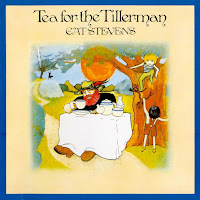 Back in the day it was hard to find anyone under 30 who wasn't a Cat Stevens fan. There was a long-haired mystical quality to the former Steven Demetri Georgio that fit in perfectly with the early 70's.

That quality, along with a string of hits from "Peace Train" to "Moonshadow," had his music constantly playing on your and my stereos with the shitty speakers whenever we were sitting around getting high with friends.

Nonetheless, trying to conflate "Tea for the Tillerman" with Trump's hapless and subservient Secretary of State Rex Tillerson hardly proved to be similarly magical. Downright stupid lyrics - which I kept changing all the time to no comedic avail - was about all this post had going for it, and it wound up as boring as was Yusef Islam himself when he reappeared many years later, shorn of hair and mystical aura, causing us to wonder why the flat-sounding songs without the 70's vibe were such a big deal in the first place. 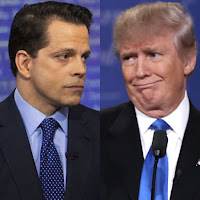 The No. 1 lousiest post of the year illustrates what comes of investing your comedy capital in an individual you think will have a lengthy shelf life but who turns out to have the life span of a fruit fly who's a heavy smoker.

When Trump hired Anthony Scaramucci as the White House Communications Director and we all saw what an incredible douche bag he was in the Trumpian manner, there was little reason to doubt the Mooch would be comedy fodder right up til the time Trump was eventually carted off to jail.

Hence I offered up alleged humor in the form of "Identical  Douchebags" a song in the mode of The Patty Duke Show theme. But the Mooch was out of a job within 10 days and all I was left with was a hackneyed premise, forced unfunny lyrics, and a post far too similar to 2013's vastly superior "Identical Pontiffs."

And to compound the onslaught of unfunny, I had the audacity to push the envelope on the already "Return to Sender" Mooch once again with "I Hire the Mooch for a Very Short Time."  As Trump might tweet, "Bad!"

Long may they suck.

At least until I delete them.

Remember, folks, if you are dying to comment and you got here by way of a link on FB you have to go out of FB and come back directly to the blog or your comment won't stick. Got that?? Please comment. The neurotic you save may be my own.

I liked your "Worst of the worst" list. Perhaps I should try that.

I wouldn't if I were you. It's too hard to figure out what not to include.