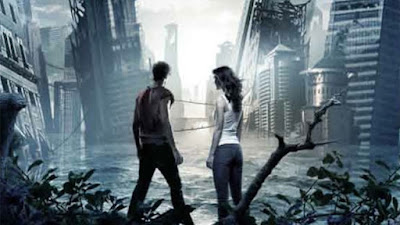 John stumbled through the wreckage that was his basement and pushed aside the shattered door to the outside.  All around him was devastation and rubble. Where were the colors of nature, the green, the red, the yellow?

He wondered where the yellow went.

John found a package of cigarettes in the dirt and lit up. The cigarette tasted good like a cigarette should. Down the road he saw a young woman approaching.

John extended the pack toward her. "You've got your own cigarette now, baby. You've come a long long way."

"I have come a long way indeed," she replied. "I feel like I've seen the whole USA on foot! Frankly I'd rather see the USA in my Chevrolet."

"What has happened?" John asked.

"It was that maniac President Trump," the girl shouted. “He let his fingers do the walking on the nuclear button!"

"Me too," said John.  "The Obama Administration was a pleasure. If only Hillary had won we could have doubled our pleasure, doubled our fun!"

"Yes, Allison," said John, "but I have no means of transport either.  In fact I'd walk a mile for a camel."

"A camel?" Allison laughed. “I’d be willing to take a greyhound, and I'd drive it too."

"That way we could Go Greyhound and leave the driving to us."

John and Allison set out on an arduous journey in search of any others who may have survived. Suddenly a storm kicked up!

"Allison, let's find cover.  When it rains, it pours!”

"You're right.  From now on don't leave home without them!"

"So much water everywhere, Allison!"

"Look, it's finally slowing down!"

As the storm ended, the two continued on their way.

"Did you know, John, before the cataclysm there was a train used to regularly travel through here?"

"Yes, I do. Once upon a time there was an engineer. Choo Choo Charlie was his name, we hear."

"He had an engine and he sure had fun. He used GOOD & PLENTY candy to make his train run."

Allison and John continued their journey through the barren landscape.
The longer they were together, John began to wonder "Does she or doesn't she?"

Although he was embarrassed about his frankly small size, one night he could take it no longer and made his move.

“How did you get to be so wonderful at sex, John?” cooed Allison.

The next day the two set off again.  After they’d walked a number of miles, John turned to Allison and said “I’ve a feeling we’re going to come to a village full of very nice people.”

“Do you promise me?” she said.

“Yes, I promise, but I don’t yet know the name of the village.”

A few miles later they saw a sign that said “Arpege.”

“I promised you anything, but I gave you Arpege,” said John.

As they approached the village a tall friendly man came to greet them.

“My name is Marlboro," he said. "Welcome to Arpege, also known as Marlboro Country."

“How have you and your people survived, Mr. Marlboro?” asked John.

"Only those morons that voted for Trump were destroyed. When Trump pushed the nuclear button, there was a loud  'plopping noise' and every person who was stupid enough to vote for him dissolved!  And all of us rejoiced!"

“Now we can rebuild civilization," Marlboro continued. "Our motto is LSMFT.”

“No. Let’s Start Making a Future Together.”

"May we help you?" asked Allison."

"Yes, of course.  What do you two think of our plans for a bright future without Trump?"

John and Allison looked at one another and raised their voices as one: 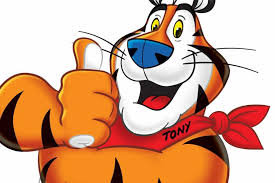 Most of the commercial slogans in the story above are from the Fifties with a smattering from the 60's, 70's, and 80's.   In order, they are:

1) You'll wonder where the yellow went, when your brush your teeth with Pepsodent.

4) See the USA in your Chevrolet.

5) Let your fingers do the walking through the Yellow Pages.

8) I'd walk a mile for a Camel.  Camel Cigarettes.

9) Go Greyhound and Leave the Driving to Us. Greyhound Buses.

12) You're soaking in it. Palmolive Liquid with Madge the manicurist.

14) Once upon a time there was an engineer. Choo Choo Charlie was his name, we hear. He had an engine and he sure had fun. He used GOOD & PLENTY candy to make his train run. Good and Plenty

22) Promise her anything but give her Arpege. Arpege Perfume.

Impressive string of slogans, Perry.
I'm glad Allison wasn't hung up on size, either that or she was terribly naïve to let John convince her that a cocktail wiener could be as satisfying as a two-pound sausage.

If Perry Block would have been there, he would have suggested she Put Something Exciting Between Her Legs (Harley Davidson).

I wish there was something exciting between my legs. Or anything at all between my legs. Somehow I knew that anyone familiar with Jon Gnagy would be familiar with all of these slogans. I'm sorry I didn't go back further to others you'd know like "Win with Wilkie," "Nothing Sucks like an Electrolux," and "You can't beat Block's Buggy Whips." Maybe next time.