And Yet Another Shocking Accusation 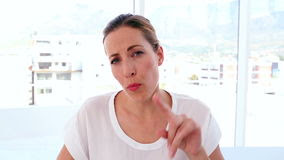 Just when you thought the shocking accusations had come to an end, another woman has come forward and leveled a claim of blatant sexual harassment and depravity regarding Donald Trump.

The woman, Jane Carlyle of Collingswood NJ, has alleged that she has never been sexually harassed or assaulted in any manner whatsoever by either Donald Trump or Bill Clinton.  Despite the fact that she has never met either man, Ms. Carlyle asserts that they each had ample opportunity throughout Ms. Carlyle’s 37 years to endeavor to meet her and attempt to pressure her to have sex with them.

“It’s been a harrowing experience,” said Carlyle, an accountant from Collingswood NJ. “I vividly recall the evening of March 14, 2008.  I came home from work, watched some TV, and went to bed.  I had absolutely no contact with Mr. Trump or Mr. Clinton whatsoever, let alone unwelcome sexual assault!"

Both Donald Trump and Bill Clinton have vigorously denied that they did not come on to Carlyle, and Mr.Trump has even suggested he rounded the bases.


For his part, Bubba just sighed.

The poor girl must feel like an outcast. I can just hear her crying at night, screaming, "What's wrong with me? Why won't you sexually harass me?" Not to mention the public embarrassment.

Still, you have to give her credit for coming forward with these allegations. It took a lot of courage.

She is one brave woman to put up with all the innuendo and skepticism. But frankly even I don't believe it. It just doesn't seem credible. After all, both Trump and Clinton lived in the same country with her all during this time. Preposterous!

Maybe she should swing by Havertown, PA.