Self-Deprecating Man May Really Be As Incompetent As He Says 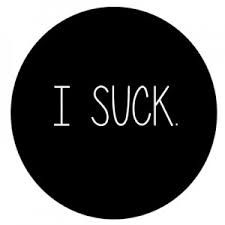 In the style of the Onion.*

Area man Perry Block has been known all throughout his life as a Master of Self-Deprecation.

He has rarely, if ever, made a positive statement of any kind about himself other than that he is "positively a loser."

At any time night or day, Mr. Block may launch into verbal self-criticism regarding his lack of ability to accomplish virtually anything, from carrying  liquids without spilling them to thinking on his feet without tripping over them to eating a meal without wearing it. When he won the hardly coveted Klaus Milken Award for Self-Deprecation in 2013, Mr. Block appropriately said in his acceptance speech that he did not deserve it.


Now, however, Mr. Block’s renown for claiming to be unrenowned is being questioned. A panel of researchers from the University of Pennsylvania led by Dr. Len Lewitsky studying Mr. Block for over a year has reached a startling conclusion:

Mr. Block is not self-deprecating at all, but is every bit as inferior and incompetent as he has always claimed he was!

"We never would have believed any human being could be as thoroughly inept as Mr. Block," said Dr. Lewitsky. "We've examined hundreds of instances of Mr. Block's behavior and have not found a single one evidencing him competently handling any situation of any kind at any time at anywhere."

Some examples cited by the team include:

"Next we gave Mr. Block some very simple aptitude tests," said Dr. Lewitsky. "He was asked to place wooden blocks into the proper holes in which they fit. He sent them out to a tailor to be altered. Then he was given a word association test; none of the words wished to be associated with him.

Finally, we presented him with a Rorschach test, also known as an inkblot test. There are no right or wrong answers in tests such as these. Mr. Block saw two French fries copulating, which turns out to be wrong."

At press time, the team was still trying to make sense of their findings to confirm definitively whether Mr. Block has ever actually made a self-deprecating statement. Mr. Block was philosophical about the situation but somewhat concerned about the status of his Klaus Milken Award.

"Of course they're going to take away my award for Self-Deprecation,” he said. “After all, I was never very good at it."

Chances are, he never was.

*I didn't say as funny as the Onion, just in the style of.

Your ineptitude is only surpassed by your modesty and humility. How they got government funding for this study amazes me, and it doesn't take much to amaze me.

Now, that you're out of the running, I've finally got a decent shot at the Klaus Milken Award.

I've never deserved the Klaus Milken Award. (Is that also known as the "Milken It for All It's Worth Award"? I might qualify, on a bad day, but I'll never admit to it.)

Not feeling you deserve it is a sign that 1) you might deserve it or 2)you might actually have a healthy self-image. Let's hope for your sake it's the first!

Thanks for the first big laugh of the day.

You're welcome, but don't thank me, I was just lucky.