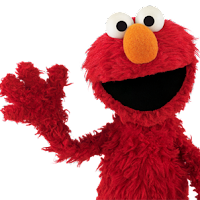 As PBS fans and many others already know, Sesame Street is moving. No, they're not uprooting the whole street to a new urban address, but rather moving the land breaking television show from PBS to a new home on premium cable channel HBO.

Children  whose parents can't afford HBO will still get to see Sesame Street on PBS but will see it a full nine months later than it airs on HBO, by which time they may be too old for it. It's just another example of the widening chasm between haves and have nots in America, which we may all fall into one day if we're not careful.

Sunny Day
Sweepin' the Riff Raff Away
On My Way to Where the Money is Green,
Won't you Tell Me How to Get, How to Get To
Seed Money Street!

"Hi, Boys and Girls of Privilege!  I'm Bert of the new Seed Money Street.  We'll be stopping by the country club for a round of golf a bit later--- can you spell golf, that's G ...O ...L ...EFFF! --- and visiting Kermit at his new job as a hedge fund manager on Wall Street, but first up let's say hello to my bestie and squash partner, Ernie!"

"Thanks, Bert.  Underprivileged Kids, today we'll be talking about vocational schools. And .... look who's here, it's 83 year old Bob McGrath!"

"Bert, I can't believe I've been relegated to the nine months later part of the show!"

"Bob, at your age in the media you're lucky not to be relegated to a movie starring Adam Sandler! Now a bit later, Underprivileged Kids, Bob is going to take all you on a tour of Shop Class. Why, here's the Count!"

"Thanks, Count.  I'm Elmo.  You can tickle me but only if you're taking me out to an expensive dinner at 21 first. Look, here comes Big Bird!"

"And here's Mr. Donald.  Nice hair! Why are you chasing Big Bird?"

"I want to deport the son of a bitch!"

"We shouldn't let any big yellow birds into this country. Ever see the movie The Birds, Elmo?"

"And that's our Seed Money Street for today, Children of Privilege, brought to you by the letter E for Elite and the number one billion for the amount of money you should have when you're a grownup."

"And for you Underprivileged Kids, brought to you by the letter S for Schlepper and the number Zero.  Goodbye, boys and girls! I'm gonna go get me a look at the market now, it's been really off lately."

The Count is my hero. I want to be his sidekick. We can go on the set of Girls Gone Wild and count till we run out of fingers and toes.

Too bad I can only count up to one billion. The three of us better get busy.