Theater of the Absurd Ticket Prices 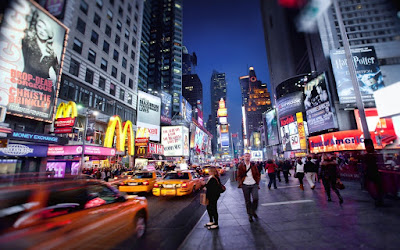 When a Broadway Baby says goodnight,
it means you've struck out, fella ...

I am delighted to report, folks, that Broadway this year has been nothing less than ELECTRIFYING!

Then again it might also be that my pacemaker is on the fritz.

Seriously, in all my days as a professional reviewer of the Broadway oeuvre, I have never before witnessed as many groundbreaking, innovative, and expensive as all hell plays as it's been my privilege to be comped to this season. It all began with the hip-hop Hamilton, an especially surprising smash hit since throughout his career Alexander Hamilton was always more known for his karaoke than hip-hop.

Here's a trio of three other great plays you should definitely see provided you know who to have sex with to cop a ticket:


Grease, Exclusively Starring a Cast of Baby Boomers
For the first time ever, a cast of 60-somethings and 70-somethings present a musical about a decade most of them hated while looking wholly ridiculous age-wise in the so doing.

Pockmarked and unappealing former Leave It To Beaver actor Jerry Mathers as Danny and solidly over-the-hill Sally Struthers as Sandy lead a marginally talented and highly wrinkled cast of washed-up Boomer TV stars whose limited thespian skills perfectly depict Boomer disdain for the white bread 1950's during which they were incessantly dumped on by their greasy haired older brothers and sisters while impatiently waiting for the Sixties to start so they could smoke dope.

GESCBB, as it's conveniently called, also includes some great new age-appropriate songs including Slumber Nights,  Look at Me, I’m … I Forget, and We Grow (Old) Together.

At the Miles Lumpkin Theater. Tickets prices start at $450, but they are very big tickets, at least a foot and a half long.

Death of a Clown Man

In another sparkling reinterpretation of a classic theatrical work, every character in Death of a Clown Man is played by a professional clown, each of whom speaks exclusively by honking a clown horn.

Willy Clownman fears that the clown business may be ending due to a worldwide shortage of clown and all other makeup since the advent of Flo from Progressive. Willy’s world becomes even more topsy-turvy when his son Biff Clownman turns his back on the family business in favor of becoming President of the United States.

“Anyone want to buy a used horn?” honks out Willy, painted tears under his eyes growing till they cover his face. If playwright Arthur Miller could return to life for just one day, this theater critic bets he'd love this new take on the old play just as soon as he first gives up trying to find Marilyn Monroe for one last roll in the mezzanine!

At the Helen Haze Theater. Some discount tickets available if you can juggle and you’re quick with seltzer.

Love the type of bright happy musicals Rogers and Hammerstein used to deliver to our doorstep in days gone by? Then rush right back to Broadway for a tuneful, toe tappin' two and a half hours of drug addiction, alcoholism, deviant sexual acts, cannibalism, and an unnatural affection for licking the backs of U.S postage stamps such as you've never seen!

From the very first moment he throws up on stage, Hugh Jackman so thoroughly inhabits the role of lowlife writer Charles Bukowski you can almost smell it!  Actually you can, if you're sitting in the Orchestra seats. The show features eight great new songs including Life in a Shithole, Life is a Shithole, and the rousing showstopper Hello, Shithole!

At the Moe Monkfish Theatre, which is a shithole but still expensive as shit. With Kristin Chenowith and Jerry Stiller.


Also knocking 'em dead on Broadway these days is Avenue Q with the puppet roles all played by undocumented aliens constantly looking over their shoulders, a musical version of Fight Club with an all Jewish cast and no fighting, and Broadway's longest running smash hit, The Book of Orman.

And that's the latest news from the Great White/Of Color Way. (Yep, I'm trying to get the name changed, folks!)  See you there, assuming you have a buck or two but hopefully a trust fund.

From your very own Broadway Buddy,

Nels Noodleman is a nationally known and reviled theater critic who occasionally writes for Nouveau Old, Formely Cute on the Broadway stage.   Whenever he's discovered writing on the stage he's usually thrown out of the theater.

Over the course of his checkered but mostly plaid career, Nels has reviewed all of the major Broadway plays of the last half century.  Someday he hopes to see them too.

Oh, by the way, Nels thinks you're cute.

Dear Nels,
Nice of you to sit in for Perry today. Please pass along my condolences for the loss of his baby brother, Abe Vigoda. I'm real excited about Biff Clownman's run for the presidency. Several past presidents have sported large feet and a red nose, but none look quite as good in polka-dot a Biff. Perhaps Flo will endorse him and become his running mate. She's pretty good at rambling incoherently for several minutes, by golly.
Move over Donald and Sarah, here comes Biff and Flo.

Nels Nelson writes: "Thank you, Russell. I can see that in you I am speaking to a true aficionado of the theater, especially of one particular theater in Tijuana. Yes, I am very sorry about Abe Vigoda, but as long as Perry's around we will never be at a loss for an old bald Jew who peaked in the seventies and has been going downhill ever since. Perhaps you and I might take in "Death of a Clown Man" together? That is, before Flo really does use up all the available makeup in this country and we need to begin tapping barrels from the Middle East."