The New Logo of the Republican Party 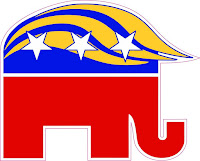 Things have changed now, folks. Until every Republican in Congress including those in very red districts stops defending Trump, I consider this to be the new logo of the Republican Party:

Welcome to the United Quisling Party of America


Many Republican Congresspersons and Senators continue to dismiss the connection between Trump and Russia with the same smugness which was somehow indelibly implanted upon the faces of Trump Sr. and Jr. since birth. Talk about the elephant in the room, they choose to ignore the elephant in their underpants!

Shameless Republicans continue to blithely apologize and rationalize for Trump or talk about how his moronic behavior is "concerning" or "bothersome," but let's continue  on with the Trump show!

Update of 7/16/18:  It is now time for you guys to formally decide whether you side with our country or a foreign adversary. You know where Trump stands. Does it take courage to stand up against the President of the United States? Of course, but you chose to run for Congress and style yourselves worthy to be one of the leaders of the United States of America.

The United Quisling Party of America! 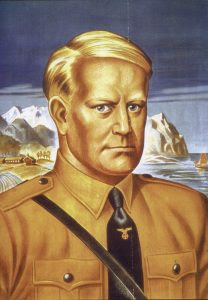