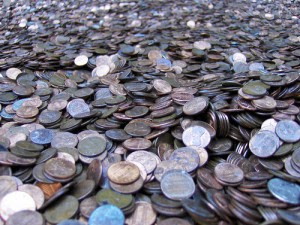 If the Democratic Party and what’s left among the smoking ruins of the Republican Party want to one day pass bipartisan legislation that would truly benefit the nation at large I heartily recommend:

Under this act, all American coinage including pennies, nickels, dimes, and quarters will be eliminated and all transactions will be conducted only in dollars rounded accordingly up or down.

Why not? Who needs coins anyway?

They don’t purchase anything anymore, clutter our pockets and bureaus, and accomplish little more than commemorate four great American presidents who already get plenty of positive press as it is.

Consider the usage and convenience of coins in a typical purchase in a typical variety store like Philadelphia’s Wawa.

“Gee, I think I have a lot of change to get rid of,” you say, somewhat embarrassed you’re not just handing the guy five nice convenient dollars. “Lemme see if can scare up the 87 cents.”

You begin digging through your right hand pocket but are immediately thwarted by your cell phone.  So you weave your hand around your phone to get to the monetary bounty below and practically cut yourself on your jingle jangle of keys.

Why do you have 12 keys on the chain, including the key to your sophomore apartment from 40 years ago? It doesn’t even bring back good memories since not only didn’t you ever get laid there you didn’t even have a TV to watch The Mod Squad!

Continuing the journey to the center of your pocket, you encounter a comb, used handkerchief, a couple of random receipts, a slinky, and a full-sized anvil from the Acme Company left over from a Warner Brothers cartoon. Now on to the change at last.

All your change is in your other pocket.

You reach into your left pocket and pull out enough coin of the realm to finance the realm. While parsing through it all you drop a coin on the floor, and it's time for cost benefit analysis.

If the coin is a lowly penny, retrieval doesn’t warrant the slightest bend at the knee. If it's a quarter, though, groveling upon the floor like a four legged farm animal might be well in order.

But what if you don’t know what the coin is?

Time to rout around on a floor so filthy you’re likely to contract a disease that's so insanely virulent it's the basis of a drug commercial in which even the actor who doesn’t really have it looks like shit.

You find the coin.

It is a penny.

And you’ve split the seam in your pants.

So, folks, once we have a real government again, remember to write to your Congressperson or Senator and tell them to vote for:

Woo them with significant contributions to their re-election campaigns.  And don't forget to make your contribution in nickels, dimes, quarters, and especially pennies. 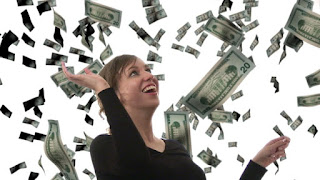 Now this kind of money we can keep!

I rather like coins, Perry. Sacajawea was kind of cute, can't say the same for Susan B. Anthony. Neither were as popular as the Kennedy dollar, but I suppose they were designed to be feminine and petit.

When you mentioned the snotty hanky I almost threw up. What else is in your pocket, some of those sticky tissues? Gross! I wouldn't want to dig around in there either.

As far as dropping a coin and considering whether or not to pick it up, I'm reminded of the story about a man who lost a one dollar bill down an outhouse hole. After contemplating for a moment, he opened his wallet and threw a twenty in the hole. His friend asked, "Why did you do that?" To which he replied, "You don't think I'm going down there for just a dollar, do you?"

Yeah, the handkerchief line grossed me out too. I put that in to keep you from digging around in my pocket! I barely had room for it in my pocket along with the anvil.
And I don't know what your problem is with Susan B. Anthony. When I knew her she was Susan B.Eagerly.