Seder With The Stars 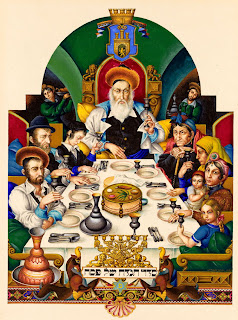 You were expecting maybe Joseph Gordon-Levitt?

Well, wonder no more.  If you’d like to experience Seder with the Stars, we’ve got a taste of it for you right here.  So enjoy, already!

Over the last several weeks, a video surfacing on the Internet depicting crimes and atrocities committed against thousands of people by a ruthless leader of an African country has gone viral.

It has garnered millions of hits on You-Tube, become a continuously trending topic on Twitter, and most importantly captured the imagination and indignation of both Justin Bieber and Kim Kardashian.

Who is this African leader and why haven't we heard more about him before?

His name is  Pharoah.

There have been many prior efforts to make people aware of Pharoah's heinous crimes. Every year, short political pamphlets known as Haggadahs recounting his actions are regularly circulated.  A delicious multi-course meal has sometimes been offered to entice people to listen to the brutal facts about this evil despot.

Even wine - as many as four intoxicating cups - has at times been provided!

But nothing has ever gotten the message out about Pharoah like the World Wide Web. Unfortunately, however, it's all too late now.   Pharaoh is already history!

Damn you, Al Gore!  If only you had invented the Internet 4,000 years earlier, we'd never have to change a dish!

Larry David in Curb Your Enthusiasm for Charoses 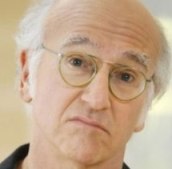 So, what the hell, here goes!

Why is this night different from all other nights?  Aside from the fact we don't have burnt brisket and Susie Green for dinner every night.

On all other nights we may eat either leavened or unleavened bread, but on this night we eat only unleavened bread.  C'mon, this is easy now ---  You shouldn't have to take notes on this one!

On all other nights we may eat all kinds of herbs but on this night we eat only bitter herbs. It's only one night, so get over it!

On all other nights we do not dip even once, but on this night we dip twice.   Frankly, I dip three or four times!   I'm a dipping guy!

On all other nights, we eat sitting or reclining but on this night we sit reclining, but I can't eat reclining because it gives me heartburn.   Frankly I'm not much of a reclining guy.  I'm more of a dipping guy.


So how about I dip and you recline?" 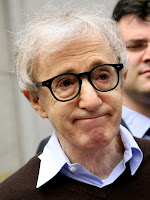 The Haggadah speaks of "four sons" --- the Wise Son, the Wicked Son, the Simple Son, and the Son Who Does Not Know Enough to Inquire.

Now how would I cast these parts for my next movie, Annie Leibovitz?

I would have to play the Wise Son because I am always asking weighty questions like 'What is the meaning of the Universe?' and 'What is the Ultimate Good?' and  'Can I get into Sarah Lawrence if I ask questions like these in the essay on the application?'

Or should I play the Wicked Son?   After all, I've always wanted to drink from Elijah's cup while his back was turned.  If only he weren't invisible, so I could tell when that was.

No, I think I should be the Simple Son.  After all, I did flunk out of Hebrew School over a test on the Ten Plagues.  I knew I shouldn't have counted Adam Sandler movies as six of them.

But the Son who doesn't know a damn thing?  That's easy.  I could cast half of Washington in that role.

Or all of Hollywood."

Elijah the Prophet --- Biblical Figure said to attend every Seder everywhere. We leave a glass of wine out for him when he makes his gala but invisible entrance.  And somehow it always seems to get drained!

Four Questions --- youngest child asks these questions at the Seder.  Adults who haven't been to synagogue in over 35 years  fumble for the answers.

Four Sons ---  If you answered Tim Considine, Don Grady, Barry Livingstone, and Stanley Livingston (or Mike, Robby, Chip, and Ernie), you are clearly a Boomer and just as clearly not Jewish.

Four Glasses of Wine --- Why did you think this holiday was popular anyway?