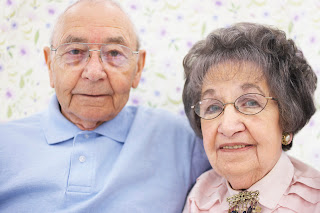 Welcome to our world, Perry!

Not so long ago, the local Super Fresh Market began providing discounts on Tuesdays to a particular class of shoppers.  You know who.

It is that class of shoppers commonly referred to by a particular word that I virulently despise and in fact eschew. But considering the discount, if the eschew fits, I decided to wear it.  So I screwed up my courage, swallowed my pride,  decided not to come up with a third sexually based metaphor, and went food shopping.

That is, food shopping on Tuesday at Super Fresh, to avail myself of The Discount-That-Must-Not-Be-Named.

When I arrived, Super Fresh was already awash in polyester, plaid, and a profusion of  gray and blue hair such as if a massive ballpoint pen had exploded in the skies over London.   Everywhere I looked were members of the Greatest and slightly post Greatest Generation.

So naturally I began humming Sugar Magnolia by the Grateful Dead.  You see, there’s nothing like humming 40 year old rock music to prove conclusively to one and all in a Super Fresh that:

I steered my carriage carefully through the Super Fresh aisles, checking prices,  picking out the products I needed, and gradually shifting over into the Rolling Stones.  In Aisle 8, I paused to ask a youngish store employee some directions.

“Thank you very much,” I replied.

“And they’re on sale too," he added.  "That plus the Extra Discount for being a Sen…”

I didn't stay to listen.  I hustled myself and rickety cart out of range fast as I could. Did he not hear what I was humming?  Maybe I needed not to hum, but to actually sing the lyrics?

Well, what I just might find was myself next in Aisle 14, looking for the gherkins.  But up ahead coming down the aisle in the opposite direction was a leathery looking gent whose posture was such it practically bade you stick a saddle on him and ride him to the nearest glue factory.

I looked away.  I sang louder.   It didn’t matter.

“Hello, friend, ” he greeted me  cheerily.  “Didja know you get an extra 5% off here at Super Fresh?"

Oh no!  Did he view me as a new recruit?  Did he mean to be taking me under his wing?

What was he planning to do next --- baptize me into the ways of the Nouveau Old, Formerly Cute?

I did me some wheelies and ran to the checkout counter fast as my wobbly cart would take me!  Now I sang the lyrics almost as if I were in concert.

The checkout guy, about 25,  eyed me suspiciously as he began to total up my items.

“Did you already give me The … umm …  Discount-That-Must-Not-Be-Named?”

“Don’t you want to ask me something?" I said to him.  "Verify something?  Assure yourself of something?”

“But shouldn't you card me?  Make sure I’m the right age to get The- Discount-That-Must- Not-Be-Named?"

Now I was no longer singing Casey Jones.  Nor was I singing You Can't Always Get What You Want, Sugar Magnolia,  or anything by the Grateful Dead, Rolling Stones, or any other rock group at all.

You'll always be not-a-s3nior citizen to me, Perry! LOL!

That helps, as long as I stay out of Super Fresh. And keep reading your blog.

I think I'm going to sneeze!

LOL!!! You always give me a laugh when I need it. Like today after scanning a gazillion pages into the computer! Thanks Perry!

My next goal is to give you a gazillion laughs after you've scanned a page into the computer.

Practice up on a Brittany Spears song and they'll check your ID when you buy alcohol.

You're there next Tuesday, Melanie?

Pick your rock classic. We'll do a duet.