The Caucus for Creative Cowering 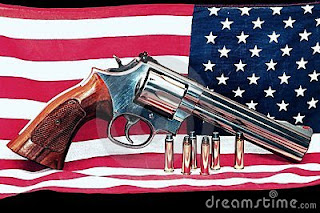 
In the wake of the shooting tragedy in Florida, it's been highly encouraging to witness our nation's lawmakers promptly springing into action.

To a one, they are boldly leaping forward into hiding places under not only desks and chairs but tables and china closets as well!   Republicans and many Democrats are joining hands in the noble effort to squelch even the slightest whisper that maybe we ought to pass a law or two to stop Americans from being systematically gunned down in the streets.

Rarely do our elected officials work together so effectively and bi-partisanly.  How do they manage it, I wondered. It seems the answer lies in the actions of a previously little known coalition referred to as the Congressional Caucus for Creative Cowering.

On promise of complete and total anonymity,  Representative Arthur "Doodles" Worthington (R-257 District PA) --- a heavy-set balding 48 year old graduate of Old Diploma Mill University with a taste for cheap brown suits and an office staff almost exclusively made up of women named "Kitten" who has been re-elected eight times --- agreed to speak with me about the functioning of the Caucus.

Rep. Worthington:  Mr. Block, the Caucus for Creative Cowering is dedicated to assuring that each member of the legislative branch of government  successfully fulfills the highest duties of his or her office.

Block:  I see.  Which is, of course, to serve the best interests of the citizens of the United States of America!

Rep. Worthington:  Not exactly.  Which is to get elected and stay elected!   (You are keeping this anonymous,right?)

Block:  Absolutely!   Well, what exactly does the Caucus do?

Rep. Worthington:  Every now and then one of our members gets a silly little thought in his  head that maybe we ought to think about regulating the use of guns like, say, the way we regulate the use of motor vehicles, something like that.

Block:  And what happens then?

Rep. Worthington:  We meet with the member and gently but firmly advise him or her:

DO YOU REALLY WANT TO SPEND THE REST
OF YOUR LIFE AS THE
UNIDENTIFIABLE MEAT PRODUCT
IN THE CHILI CON CARNE IN THE COMMISSARY AT THE
WASHINGTON DC HEADQUARTERS OF
THE NATIONAL RIFLE ASSOCIATION?


That usually handles the matter.


Block:   So do you guys have meetings?

Rep. Worthington:  Yes, sir!  In Washington, we have breakfast meetings with speakers like Deputy Fife from The Andy Griffith Show, Larry of The Three Stooges, and both Shaggy and Scooby from Scooby Do!   We have seminars to teach members how to fall to their knees whenever they see a handgun, even if they haven't been shot.  And we have two big balls!

Rep. Worthington:  No, no!  I mean two big formal dances. (This is confidential, right?)

Block:  One hundred percent.  Does the Caucus have a slogan or motto?

Block:  I take it you really love guns.

Block:   Well, I have to say, Congressman Worthington, I've always been pretty much of a wimp myself, but you guys in the Congressional Caucus for Creative Cowering make me feel almost like Batman!

Rep. Worthington: Why, thank you!

Rep. Worthington:  It means we're a hit!   And that, my friend, you can print!