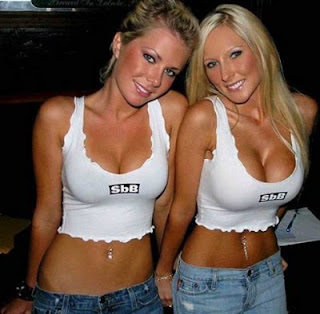 Say Hello to My Co-Stars

I just can't make up my mind whether or not to do a Sex Tape.


True, the sex among the three of us is nothing less than epic, and I guess it might be cool to demonstrate how a man my age can fully satisfy two smokin' hot twenty somethings. But are there really that many people around who would want to sit down and watch a full length video depicting an incessant swirl of sensual young female bodies writhing and convulsing in paroxysms of joy while having every conceivable part of themselves pleasured?

So I asked my Uncle Ned and Aunt Phyllis for some advice; they've never steered me wrong.  Uncle Ned helped me pick out my first two wheeler and even built my car for the Pinewood Derby, and Auntie was always there for me when I was being bullied in Junior High School.

Well, Uncle Ned was less than enamored of the idea of the sex tape because he felt if I later turned pro a relatively primitive sex video could be damaging to my career. Aunt Phyllis, however, was very enthusiastic about the concept and couldn't wait to tell all her friends at the Rose and Hydrangea Society. She's Past President of the local chapter, you know.


My co-workers were rather evenly split between those who thought the tape might prove a valuable sexual technique training tool and those who felt making it would require time and effort better spent on other activities.  My boss pointed out that if I were looking to broaden my interests or make new friends it would be more productive to take night school classes or do some volunteer work rather than to have repeated steaming hot sex with two bosomy young women.


Yesterday I asked my rabbi if she believed the sex tape would be good for the Jews.  She said that no doubt it would, but she also asked if the two girls were Jewish, and I had to tell her that Tina was a Unitarian.  After some reflection the Rabbi said that if Tina would commit to some measure of Jewish education, she would yet wholeheartedly endorse the video.   I'm sure that will be no problem.
Ha, if I know Rabbi Debbie, Tina will be a real Yeshiva Bocher even before our next three-way!


But I'm still not certain. Call me old-fashioned, but for me a proper sex tape ought to feature at least one "C" List celebrity, orgasms in multiple languages, and no shortage of threshing equipment.  We are deficient in two out of the three essential categories.


Do you guys have any thoughts on this?  Would you want to watch two gorgeous girls with huge breasts in the throes of heated sexual passion for hours on end, or would you rather go to the Mall? What if we recruit David Hasselhoff to join us?
Or do you think he's less than a "C- Lister" anymore?

You mesn there's no script at all? I mean, what's the story line? Got to know before I decide.....

I say Go For It. Although, I recommend you wear a mask to conceal your true identity. If you want to stay true to your Jewish roots, I hear there are plenty of Bernie Sanders masks available and you can promote FREE SEX as a campaign promise. Trump will have a hard time topping that one and I'm sure Bill Clinton will gladly endorse your program as a plank in the party platform. Who knows, it may lead you to the Oval Orifice.

The story line is "An old Jew fantasizes about all the stuff he should have done when he was younger if he HAD ANY BALLS!" The dialogue is a soliloquy entitled "Ahh, shit!"

The "Oval Orifice?" That's the best line I've heard since your last best line. Even "Oval Office" is funny enough in context. I just hope someone endorses my plank, hopefully one of the ladies above. And a Bernie Sanders mask is a good idea, I'll look like a young buck as I ... perform in the tape.

Perry, I hardly think you need to make a sex tape to the make the point of your animal sexual magnetism. One look at your photo tells that. But I do think if you feel the need to prove it all anyway, it wouldn't do so with two buxom 20-somethings. Want to show you can match the prowess and moves of your partners? Make it with two middle-aged women. Or maybe you should just stick with one. We wouldn't want you to have a heart attack trying to keep up.

Thanks, Jane, but my photo is ten years old. It's already practicing for its Bar Mitzvah. Middle-aged women are okay with me; find me a couple of them. Or find me one. Or find me a picture of one that isn't in a television commercial for Entresto singing "Tomorrow." Sure they'll live til tomorrow but what about Thursday? Truth is, though, the picture alone might be enough to give me a heart attack!