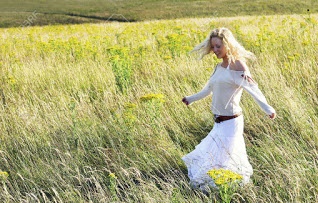 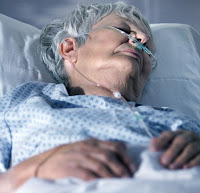 These days through the magic words  “ask your doctor if such and such is right for you,” pharmaceutical products of all kinds can now be advertised directly to the general public on television.

But a funny thing happened on the way to your TV tube: the sick and generally lousy looking patients who actually take the drugs are missing in action in the commercials hawking them and instead we're shown an array of great looking actors portraying the patients feeling great, looking great, and having the time of their lives ...

That is, after the drugs kick in.


"Most of my life has been spent contending with the misery of Kropotkin's Disease. I was constantly worried that at any time, day or night, my esophagus might inch its way up my chest, clamber out of my mouth, and attempt to strangle me!

Some days taking care of the kids was just too much of a burden, especially on those days when my esophagus would try to attack them too. Every part of my life became a struggle!

Then I heard about Romero, and I asked my doctor if portrayal by a hot actor in a Romero commercial was right for me. He told me that a hot actor portrayal would turn me into an unbelievably sexy 25 year old blonde with perfectly proportioned boobs. He said I'd be running through fields of beautiful flowers, swimming and sunning myself on the beaches at Monte Carlo, and having sex with George Clooney!

Voiceover: Hot Actor portrayal in a commercial for Romero is not for everyone. Depending upon the hot actor we hire, you may not become drop dead gorgeous and in fact may only become moderately beautiful.  Running and swimming with perfect effortless coordination may not occur; you may acquire the ability to do something else world class like masterfully play a wide variety of musical instruments instead.

You may wind up having sex with another A-list star, not George Clooney, but no less than Clive Owen. Tell your doctor about all other drugs that you may be taking as a reaction may cause you to become only a 9 or high 8 instead of a ten.

"Ask your doctor if a hot actor portrayal in a Romero commercial is right for you. You might wind up looking and living like me. Or the stuff may fucking kill you."


"I was crossing the street here at rush hour and I just got myself run over by a garbage truck.  See? Those are my guts spilled all over the highway. Every one of my internal organs is now an external organ! There’s so much blood here it looks like a catered Bar Mitzvah for Count Dracula’s nephew!

Then I asked my doctor about Zipupian which is specially formulated to treat people who’ve been smashed to bits by a truck, and he told me about hot actor portrayal in a commercial for Zipupian.  And look, here I am playing quarterback in the NFL with my gorgeous alluring girlfriend waiting for me on the sidelines! And it’s a bright sunshiny day too!

Voiceover: Hot actor portrayal in a commercial for Zipupian is not for everyone.  In some instances some of your guts will remain spilled on the highway, and your ability to play football in the NFL and garner an alluring girlfriend may be limited depending upon whether you continue hemorrhaging indefinitely. Tell your doctor about all medicines you are taking because he or she generally likes to know what that icky stuff is that’s oozing out of you.

And remember, some days the weather is going to be overcast too.

"Ask your doctor if a hot actor portrayal with Zipupian is right for you.  But if you've already been hit by that truck like I have, don't expect much in the line of the actor portraying you. Expect John C. Riley or less."

So what about you, folks?  Is a hot actor portrayal right for you?

I don't think it could hurt.

I just got off the phone with my doctor's office. His is checking to see if Hot Actor Portrayal is covered by my HMO before scheduling my appointment. We have a cut-rate plan so I rather expect to be cast as Leroy Van Dyke's stunt double in a commercial for a fast-acting laxative and a hook-up with Betty White or someone older (if there is such a thing).

Geritol is starting to sound better and better all the time. That's what Lawrence Welk drank and look how long he stayed on TV.

My guess is that the hottest hot actor portrayal you and I are ever going to have is by ourselves. But don't knock Betty White; I had a great fantasy about her last night! That's right, when you get to be my age, you fantasize about Betty White. To think I'm right where Allen Ludden used to be!