Trump Stung by Mosquito, Lashes Out at Bug Chicks 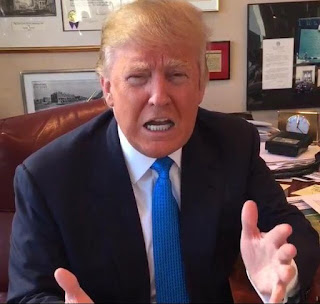 Donald Trump received a mosquito bite on his forearm  while campaigning today and immediately turned his ire on the Bug Chicks who appear in a television commercial for Microsoft Windows 10.

"There are millions of people throughout the world," Mr. Trump said, "and yet I  alone am the one to get a mosquito bite? There's no question that the Bug Chicks are behind it!"

Mr. Trump called the two Bug Chicks "the ugliest two women I've ever seen since the day I was seeing double and looked at Rosie O’Donnell."

"I would never wrap my tiny little fingers around either of them," said Trump, "although I'm certain that Lying Ted would be happy to be lying on either one!" 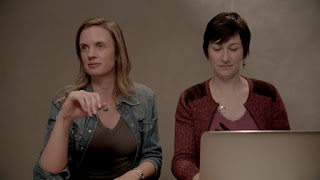 Way too believable for the Onion. I can see this happening in real life. Funny stuff

It actually did happen. But I forgot that Trump threatened to sue the mosquito but didn't follow through.

Little Baby Trump and I thank you, Michelle!

I'm not a big fan of bug bites either, and I'm damn glad The Donald is cutting to the root of the problem. I think he should build a wall around those homely Bug Chicks and lob a few cans of Raid in there from the safety of this helicopter.

Lying Ted would probably have an affair with a blood-sucking mosquito if he could find one blind enough to lie with him.