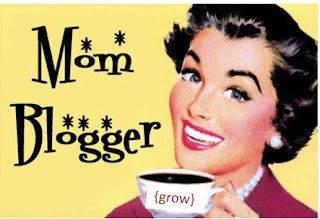 I am Katharine Manheim, a highly educated and erudite female parent of two gifted and inquisitive offspring as well as an educator at a highly selective New England college. Often in exclusive custodial status of the said offspring, frequently occasioning travail yet concurrent merriment.

I am referred to by the rather pedestrian term of "mommy blogger."

Courtland Manheim - Observing the argot of the Internet I will refer to Courtland as the "hubs. A cunning linguist with more degrees than a thermometer, the hubs has translated hundreds of books into a massive variety of highly diverse and  vibrant languages, most recently Finnegan's Wake into pig Latin.

It all transpired little more than a fortnight ago.

I had returned home having completed my Friday morning lecture on “Great Russian Authors who Liked Golf,” my pressing agenda featured preparation of a very special meal for a very special guest.

"Mom!" ejaculated Roget, "is it true that Uncle Noam is coming to dinner tonight?"

"Indeed he is," I replied, to which Roget quipped with great glee, "Superb, I'm always eager to Chomp-Chomp with Chomsky!"

Oh, what a sassy lad!

I must remember that witticism myself.

“But what will be on the bill of fare?” inquired Luna.

“That will be determined in totality by your father,” I counseled her “who will select and transport home the evening’s victuals.”

Just then the strains of Samuel Barber's Adagio for Strings gently serenaded our sensibilities, and I reached over to sate the soft yet insistent urgings of my intelligent phone.

"Katherine," bespoke the hubs, "to my infinite regret I will not be able to join our evening's festivities. I am translating the Dead Sea Scrolls into Gangsta and I probably won’t be finished until at least 10:00 P.M. Eastern Standard Time, 7:00 P.M. West Coast Time."

Holy Mother of Einstein! So much to do, so little expanse of that most precious commodity called time in which to achieve it!

"I must away for Whole Foods on the wings of Hermes!"

Swiftly arriving at Whole Foods I perused the aisles designated "Pretentious," "Highly Pretentious," and "Georges, before the guests arrive, please leave the tome on Masterpieces of the Metropolitan Museum of Art open to page 247."

"Roget, do not permit Charlemagne to make amorous advances towards the sofa!

Oh my, what is a family matriarch to do?

With the three of us working at full dispatch, the dinner was itself dispatched and fully prepared for the appointed hour. Just as the frenetically paced preparation reached its climax, there was a familiar and highly progressive knock at the door.

"It's Uncle Noam!" cried both offspring in non-melodious unison.

I opened the door and standing before me was the family's favorite philosopher, cognitive scientist, historian, logician, social critic, and political activist, but only our second favorite linguist.

"Hello, Noam.  It's been a long time since we've been arrested together."

The kids excitedly gathered around Noam, begging him semi-churlishly for presents and treats and vigorously critiquing his views on the Israeli-Palestinian conflict when through the door strode the hubs.

“I thought you were embroiled in translation of the concluding book of the Dead Sea Scrolls,” I opined.

“Progressed far more speedily than I anticipated,” reflected the hubs, “the translation consisting primarily of four letter words. Besides I’m always eager to Chomp-Chomp with Chomsky!"

What a sassy hubs! I must remember that witticism myself.

What an enlightening post, Mommy Blogger. I can't wait to read the Dead Sea Scrolls in Gangsta. How wish I could have joined your family for this evening of intellectual stimulation, but Connie dearest has invited our offspring and their offspring over from fricasseed opossum and poke salad. My mouth water at the very mention of the menu.

After dinner, me and the Boy Wonder planned to set a couple of cars up on blocks in the front yard and converse upon subjects such as conjoined quadruplets and why our chickens refuse to cross the road. Then maybe, I'll break out the banjo and we have a family sing-a-long of classic redneck melodies.

Wish you could be here for that!
Ta-ta

Well, I'll have you know that I was underneath a car just yesterday. I passed out there and bumped my head when I tried to get up. I understand also why Noam Chomsky doesn't come to dinner with you. He's afraid you'll admire him for his real purty mouth instead of his philosophical profundities. As for the Dead Sea Scrolls in Gangsta, here's a sample: "Fuck, fuck, fuck." More later when it comes out on Amazon.

Well, I wouldn't be lying. He does have a purty mouth.
Yeah, I really didn't expect a lot of "He begat" or "Thou shalt not" in the Gangsta translation. Maybe a few "Yo Mama" and "who dat ho" sprinkled in there.

What appears a lot is the word "Kanye." Apparently he is the annointed one," which means I better have him at this year's seder or else. If he thinks Noam Chomsky has a purty mouth so be it. I just hope Uncle Noam doesn't mind. Next translation is The Catcher in the Rye in Esperanto.