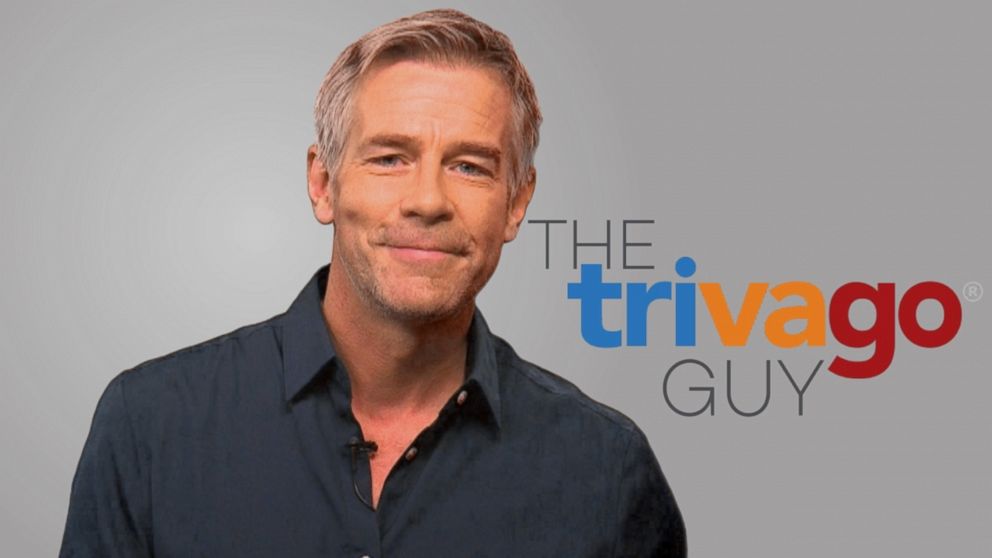 For quite some time now he's been everywhere, and without a doubt he's the coolest guy on television since the Fonz.  Actually he's cooler than the Fonz unless you're heavy into leather and your idea of four star entertainment is Joanie Loves Chaki.

He's the Trivago Guy, the dude who for several years now has been promoting a travel website that promises to get you the best rate in the best hotel anywhere including those stellar establishments that feature free Orange Crush in the hotel room mini-bar and offer to look the other way while you rip off the sumptuous hotel robe you’re supposed to buy.
What Trivago is really selling, however, is less its primo hotel service than the primo pitchman they have lucked into in one of advertising’s most successful campaigns since Flo first inflicted us all with third degree makeup burns.

The Trivago Guy is medium height, slim, and of an age slightly older than America’s favored demographic (which bespeaks savviness) but not as old as my demographic (which bespeaks senility). He maintains an offhand but approachable manner, shaves only every few days, and thinks an iron is just to be used on a golf course, never on clothing. Guys want to hang with him, women want to date him, and a lot of us want to date him and hang with him even if we’re not gay.

No doubt about it:

Most of us know little about the Trivago Guy, but turns out he’s a working actor named Tim Williams who was even once on the Cosby Show. It must confound the hell out of Cosby how somebody he once knew has managed to seduce millions of women, not just paltry dozens, and all without a single Quaalude!

Several years back Tim was selected as the Trivago Guy, landing the role of a lifetime other than any role that gets you into a movie with Jennifer Love Hewitt, and from then on he’s been on your television screen more often than Donald Trump, unless you have a Donald Trump blocking service on your TV.

I’ve never used Trivago, but with the Trivago Guy as its helmsman I doubt the service has to do little more than suck big time! in order to succeed. Let’s say you want to book a nice motel somewhere in the Midwest for a pleasant relaxing evening.  Using one of the other lousy travel sites that is fit solely for us to spit upon, you get a choice private cabin reservation at the Bates Motel for only $60 a night.

Go on Trivago, you get a booking for a choice private cabin at the same Bates Motel for $80 a night, but in addition you get a private evening tea with proprietor Norman Bates and his mom! And a morning buffet as well, but nobody ever seems to get up for it.

That’s all it would take! The Trivago Guy does the rest.

Interestingly enough in this election year, we often see the Trivago Guy on TV right around the same time as news broadcasts and interview shows in which we get to see the current crop of political candidates.

The Trivago Guy is appealing, good-natured, and trustworthy. Most of the presidential candidates are cheap laughable clowns including at least one depraved lying megalomaniac.

Which raises the question:  Why isn’t the Trivago Guy running for office instead of this band of idiots?   Could he possibly be any worse than any of them?

Hey, why not our best pal as President?

Okay, we’ll get him to shave first.

I've been offered the pitchman job for the new travel site, GottaGo. The target demographic is those with bladder control and/or bowel issues. In the ad, they have me seated on a toilet bragging that with GottaGo Travel planning you're never more than two minutes from a public restroom, or thick clump of underbrush. Join now, and get a half-roll of toilet tissue and five Tuck's pads just for signing up. Whether you're traveling across town or across the country, you can leave your bathroom anxieties behind with GottaGo.