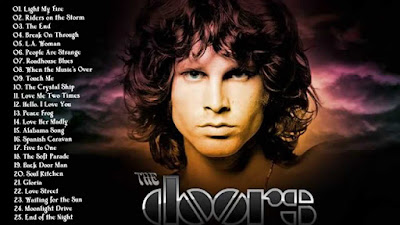 Champion Sax and a Girl Named ...
What the hell does that mean anyway?

"Just what are you doing on Facebook?" I asked Sandra, the woman I'd been seeing for the last several weeks.

"Same as everybody else.  Irrevocably wasting up to one-third of my remaining life span."

"That's not what I mean," I said.  "Why are you using a current picture of yourself on your Facebook page?  You're a Boomer, just like me. Even the best of us peaked over 20 years ago."

"Oh, so you're saying I should be like you, using a picture that's so old it's approaching puberty?  Don't I look okay just like this?"

"I think you look great. But why not bamboozle the virtual world into thinking you look even greater?”

"Okay, if you want I'll post a younger picture of myself. But, Perry, you're too focused on appearance. You have other fine attributes more important than appearance."

As Sandra went to get a picture of her younger self, I called after her.

"I've been wondering: why doesn't anyone call you Sandy?"

"They used to, but then back in college people started calling me Champion Sax and a Girl Named Sandy."

"Not if you hate the Doors," she said, returning to the room. “Anyway, here's the picture."

I looked, blinked, and gasped.  And gasped again.

“Because there's a lot of perverts out there!  A lot of guys with thick dandruff and coke bottle glasses named Kitchell who'll be salivating over you while building full-size models of the Starship Enterprise in their parents' basements!”

"And there's lots of radical groups and terrorists, some of which may try to recruit you!”

“You don’t think I know enough to avoid terrorists?”

’’What if they’re giving double coupons?  And there’s cool guys of Boomer age with full heads of thick gray hair who may be charming and accomplished and interested in you!”

"Doesn't sound bad?!  Post this picture and before long you're engaged to some good-looking Boomer who turns out to be an unrepentant Doors Fan who listens to the Soft Parade while he dresses up like Robby Krieger!"

“Let's just say I’ve evolved on the issue. Like Republican presidential candidates do."

"Good!  Now how about we go out for coffee?”

"Can I have the picture?"

Poor Sandra. You say that you've been seeing her. Is she with one of those "home care" services for the elderly?

Based on this snippet, we can easily leap to the conclusion that you look like Larry David with a beard--only much older.

As for the Doors, I'm guessing your version of Break On Through to the Other Side has something to do with incontinence.

All those things being true, it's safe to say that "a dating Perry" is not exactly winning readers and influencing people. The only comments I've gotten thus far other than yours are from a beta group of readers who urged Sandra to dump me and then they would follow her blog. Well, it's time to break on through to the other side and the nurse is here to help me.

Sandra has a blog? Hopefully, it's on Wordpress. I'm headed over there now to click the "follow" button.