Thanksgiving Thanks A Lot 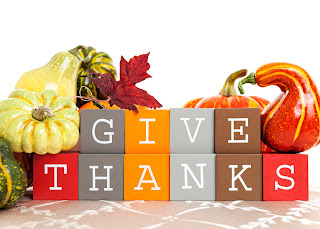 What do I give "Thanks a Lot" for this Thanksgiving?

1) That I do not have Comcast.

2) That since I have gotten Vitiligo I have not encountered anyone with one of those sharp mini-golf pencils who's enamored of playing "Connect the Dots."

3) That my motto is and has always been "If at first you don't succeed, try, try, try again. Then quit."

6) That women do not burst into flames when I fantasize about them because the net effect would be terrible for the Earth's environment and because only Dame Judi Dench would be left.

7) That I have finally stopped saying self-deprecating things, which is no mean feat for someone with as little self-control as I have.

8) That the picture I use on Twitter has not aged quite as badly as I have.

9) That I have throngs of readers who love my work and also that I am sufficiently well-versed  and erudite to know the meaning of the word "throngs," which is "two."

10) That Donald Trump has never been cast to star in Anne of Green Gables.

11) That all emojis will perish in El Nino.

12) That although there is "The View," "The Talk," and "The Chew," there is no meaningful competition for my upcoming TV show "The Boring."

13) That the silly Presidential custom of pardoning a turkey will certainly end if Chris Christie is elected President.

15) That only God can make a tree, but with the right lawyer we can break his monopoly.

16) That so far as I know no one has ever given me an intentionally or maliciously inaccurate tooth check.

17) That Scarlett Johansson has finally stopped calling me.  Pathetic!

18) That with a watchful eye and split second timing one can actually eat a banana when it is ripe.

19) That I have gone back in time and killed Hitler. Hey, jerk, you're welcome!

20) That I am able to enjoy a beautiful sunset. And the night of binge drinking 'til I'm sucking the carpet that follows.

Happy Thanks A Lot
Thanksgiving!

Thanks, Tracey. Bet you'd be even prouder if it were true.

Hard times for humor and you still have the touch.

Thank you. Yes, everything I touch turns to GOLD! Which nobody reads.

Happy Thanksgiving to you. Grab that banana fast!

Yes, bananas are always a problem, even though they have many pluses. They come in a convenient sealed container, they don't get juice all over the place, and they're yellow so Green Lantern can't fuck with them. The timing problem, unfortunately, is their Achilles Heel.

All great things to be "thanks a lot" for, but #13 about Christie made me laugh out loud! Thanks a big bunch for that!! :)

You are welcome. Have a great holiday!