All the World’s a Stage Productions 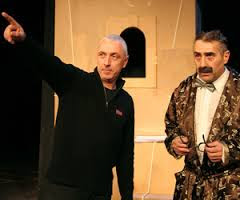 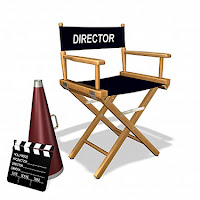 "All the World's a Stage and All the Men and Women Merely Players."

We're standing in a small off-Broadway theater in New York City. The marque out front says "All The World's a Stage Productions."

Director William Shakeman:  And you are?

Will:  Oh, hullo, Perry.  Welcome to All the World’s a Stage Productions.

Perry:  Thank you, sir.  If I may, Mr. Shakeman, I'm afraid I don't really know what kind of show you put on here.

Will: Oh, sure.  What we do here, Perry, is write, direct, and produce everything that goes on in the world everywhere all the time.

Perry:  What?  Gee, I always thought all that stuff just ... kind of happens.

Will:  No, Perry, nothing  just kind of happens.

Will: No.  For example, today we’re going to be presenting a short scene in Kliman’s Bar, Abilene Texas on June 15, 2016.  I’ve just gotten the script in now.

Perry:   Gotten the script in now?  Doesn't everybody just speak for themselves?

Will: Of course not!  Remember: All the World’s a Stage.

Perry:  I always thought that was just a metaphor or something.


Perry: Well, who writes the dialogue?

Will: Aaron Sorkin, of course.  But all the dumb people on Earth are written by the Farrelly Brothers.

Perry: That does make sense.

Will: Now, everybody, hit your marks and let’s do the scene!

Will: That’s all that happened that day in Kliman’s Bar.

Perry:   Let me get this straight: you cast all the roles for everyone in the whole world, produce everything that happens everywhere all the time, and bring it in on time and on budget? You must have a lot of investors.

Will: Seven point three billion, to be exact.

Perry:  But... but ...this has all gotta take an incredible amount of time!

Perry:  How do you do it? Direct everything that happens involving everybody in the entire world!

Will: I must modestly admit I’ve got me a bit of a knack for multi-tasking.

Perry:  Mr. Shakeman, I mean no disrespect, but all of this, every scene, everywhere in the world. This will never work!

Will: Been working for thousands of years.

Will: You think Alexander the Great conquered the world by himself?  We had a cast of thousands and one terrific makeup man.

Will: Remember: All The World's a Stage. You should see the scenes of your life. Always get laughs!

Perry:   So that's why I can’t make it with chicks?

Will: Yes, Perry, that's why.  But it's great to leave 'em laughing.

Still can't find a role, eh, Perry. I thought of suggesting you for the role of Melissa McCarthy, but you just don't have the moves. Ask Snakeman if the Abe Vigoda opening is still available.

Nice suggestions, Russell, but I just got cast as Zac Efron. Doubt we'll have a scene together with you as Ted Cruz. Well, you might get to be President!

Yeah, I don't think this bit really worked either. But I liked the concept and it was fun giving it a shot.

If all the world's a stage and you haven't been cast yet, metaphorically speaking, I think it just might be curtains for you.

PS how was the sleepover with all those women responding to your shout out Saturday night? Did I miss anything good? Wanna have one over here next weekend? If you can't come, do you think any of your lady friends might be interested. I could invite Zac Efron. Naw, I'll just bake brownies like you did.

Okay, I'll be over with about 17 female friends. Their cumulative ages equal ours. You bring the case of Viagra. And put something in the brownies too, just like I did.