Enough is Enough on Guns! 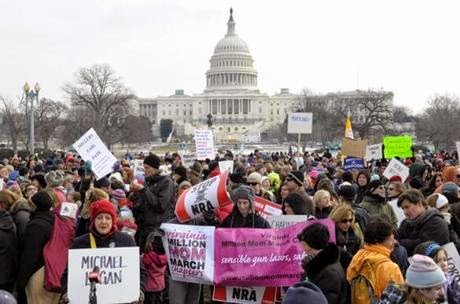 Somethings absolutely positively is going to happen this time!

In view of the recent terrible shootings in California, Americans are finally galvanized to stand up to the NRA and demand strong action to stop gun violence right up until the summer gets underway and they're off on vacation.

Speaking on behalf of a Philadelphia group called "Stop the Killing Before We Lose Interest," activist Burton Gainley stated  "We insist that Washington solve this problem once and for all, and we will work ceaselessly and tirelessly in this regard until later this month when we head to the Shore and start draining them brewskis."

The killing in San Diego seems to have united the movement for sane and reasonable gun regulation more than ever before.  While most Americans who feel strongly about human life and dignity normally get to the point where they forget about the whole thing a couple of weeks after a shooting, it's projected that this time it may take up to an entire month before no one gives a shit any more.

"Enough is enough!"  proclaimed Mr. Gainley.  "We're in it for the long haul provided other stuff like work and family and hobbies don't get in the way.  But should my voice ever be stilled or silenced, rest assured that others will pick up the fight!

At least until the Fourth of July."

First: your humor, wit and keeping with the trends is always on point. I enjoy your blog.

Second: The gun shit sucks. I hope your article doesn't come true. Coming from Chicago, I am very tired about hearing about gun rights and want everyone to know that life can be quite meaningful and enjoyable without a Colt45.

Third: Circulate this. People should be reminded we should care about issues longer than 2 weeks. :)

As always, thanks very much, Jean. I try to be topical and try to explore other styles of humor (like the Onion) when I can. I don't want this blog to be only about the bummed out Baby Boomer because, truth to tell, even I don't particularly like him a lot of the time.

Yep, the National Rifle Association controls this issue because those of us on the correct side of the issue lose focus while the NRA keeps its members riled up. If you have a solution, let me know. No one has come up with one yet.

I don't know how to go about circulating this other than to keep writing about the issue humorously when I can. I've done it before. Thanks again, Jean!

Well, you and I are on opposite sides of the fence here, Perry. Taking guns away from law abiding citizens will not stop the violence. The problem is deeper than that. We have taken discipline out of the schools and our prisons are so soft on offenders that they often commit a hold-up so they can get back in. There has to be a deterrent to crime, and our courts and legal system is not providing that.

We're probably not as far apart as you think. I do not want to take any guns away from people who know how to use them responsibly. I think we should live in a country where you, Russell, can obtain a gun and I --- knowing nothing about them --- cannot. I would like to see that for purchases of a gun a person must 1) pass a safety test that shows he or she knows how to safely handle a gun and 2) have a background check. I don't think that would provide any significant inconvenience to a law-abiding citizen already trained in using weapons. We regulate automobiles because they are dangerous. Guns should be regulated as well.

I'm not terribly opposed to background checks. Unfortunately, I just can't think of a way to keep people who want to kill and maim others from accomplishing that goal. There was a brutal murder in our area the other day with a carving knife. In the young meth-head's words, "I kept stabbing her until she quit making any noise."

Well, you've convinced me, Russell! No damn way I'm moving into your area!