"None of That Ever Happened, Melania" or Bobby Ewing in the Shower 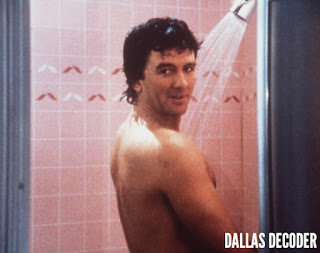 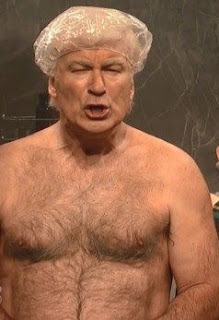 It's the Dallas Bobby Ewing in the Shower Syndrome, Melania!

“What are you doing in the shower?!!”

“Washing my enormous girth, what else?”

“But you’re supposed to be at the White House, not the shower at Trump Tower!”

“What are you talking about?”

“If you’re here at Trump Tower, who’s polarizing the country? Who’s tweeting about fake news? Who’s destroying democracy as we know it?”

“Melania, who do you think I am?  President of the United States?”

“Of course you are! And I’m First Lady, no matter what Ivana says.”

“Melania, Crooked Hillary creamed me in the election last year. I finished fourth, behind Jill Stein and Gary Johnson."

“That can't be! You've been President for a year!"

“In the 80’s on a TV show called Dallas actor Patrick Duffy playing a character named Bobby Ewing wanted to leave the show. So Ewing was killed off at the end of the season."

“Next year Duffy wanted to come back. In that season's first episode Bobby Ewing reappeared fully alive and fully unclothed in the shower in front of the actress playing his wife, and Dallas wrote off the entire prior season as a year-long dream by the wife!”

“That's a terrible cheat on the audience.”

“Of course not! Once I stopped Putin from meddling in the election, I had no chance.”

"You didn’t put through a huge tax cut for the rich?”

“Why would I do something that sleazy to the American people?”

“That would be hugely irresponsible. It could touch off nuclear conflagration!”

“You haven’t bragged about how you can grab women’s pussies whenever you want?”

“I dreamt all that?”

“Of course you did. Nobody could act that way as President and not be  impeached.”

“Do you think the Republican Party could possibly be such a bunch of spineless wimps as to allow anyone behaving like that to remain  President!”

“None of that ever happened, Melania.”

“Donald, if it was all a dream, what have you actually been doing this past year?”

If you're too young to know about The Bobby Ewing in the Shower Situation on Dallas, here's a good review of one of the greatest, if not the greatest, storytelling fails in the history of television.

I guess the producers of Dallas never watched daytime soaps. There was a character in one of the shows my mother watched who was in a coma for about 8 years (while he guest starred in sit-coms and episodes of Barnaby Jones). Once the lame actor could find no more bit parts they resurrected him in the soap. It's amazing how fast can be up and running after not using their muscles for eight years. This guy was more physically fit than Bruce/Caitlyn Jenner.

That only proves that there's hope for you too, Perry. Snap out of that coma and join Farmers Only dot.com.