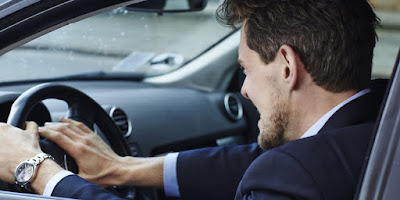 I have always been of the mind that car manufacturers are missing out on a major innovation that would make driving safer and more stress free.

We’ve all been there. You’re waiting second in line at a red light.  Ahead of you is a 2008 red Dodge pickup truck on the rear bumper of which is affixed a bumper sticker which proclaims “I’m the NRA and I don’t like you!”

The light changes. The car ahead, however, does not move.

The driver of the vehicle you surmise is probably fantasizing about hunting quail with an assault rifle. It looks for sure like he is not going to move forward any time soon, and certainly not during the big hunt.

Frantically you seek to assure the driver ahead of you - whom you can now see is a broad-shouldered muscular fullback type of dude -  that you didn’t intend the explosive blast. You wave your arms back and forth frenetically as if to say “No, no, no – that’s not what I meant!  I meant a soft beep, a friendly beep, a cute adorable beep!”

But it’s too late!  He’s out of the car and over to you!  Muscles rippling! Tattoos bulging!  You passing out!

“Y’know, friend,” he says, “that happens to me all the time too.  I always hit the horn too loud when I just want to tap it.”

So that’s it. He only wants to commiserate.

“Sure wish somebody would come up with a fix for it,” he laughs, gets into his  NRA-mobile, and drives off.

Cars will come equipped with two horns on either side of the steering wheel. One is for when you wish to pleasantly signal the distracted driver ahead that red has given way to green and the other is for when some malignant jerk almost crashes into the front end of your car and causes your air bag to deploy.

Never again will you accidentally upset a dawdling driver such that he exits his car and stuffs you into his gas tank.  Just hit the Nice Horn.

And never again will you accidentally sound a soft ineffective beep when you mean to assault a vehicular villain with a blaring blast somewhat akin to the voice of the late Ethel Merman.  Just hit the Mean Horn.

Wouldn't you like to have my nifty innovation behind the wheel?  Here's hoping someone at General Motors, Ford, Toyota, or even Matchbox Cars picks up on this and makes it a reality.

I tell you, chum, it’s time to come blow your horns.

Advertisement
And don't forget, folks, my new book Perry Block - Nouveau Old, Formerly Cute is available on Amazon right now. It's all dressed up with nowhere to go ... except into your arms!