Ring In The Not-So-New 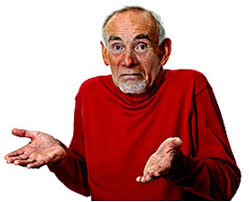 In the style of  the Onion*

Speaking publicly today, area man Lance Goldberg stated that to his dismay he cannot ascertain that anything whatsoever has changed since 2014 ended and 2015 began.

"It's uncanny!" exclaimed Mr. Goldberg. "I was at a party recently where people were drinking and celebrating because the year 2014 was expiring and being replaced by new year 2015, and we watched throngs in Times Square in New York City cheering wildly as an enormous festively lit and decorated ball dropped through the night sky to signify the event."

"Naturally after all that hoopla, you'd expect all kinds of things to immediately change," said Goldberg, "but not a damn thing is different!"

"So what the hell were we celebrating? An arbitrary blip on the calendar?"

"I am especially amazed that that those stupid quizzes like What Kind of Furball Are You? are still on Buzzfeed and other websites in 2015, just as in 2014," noted Goldberg.

Mr. Goldberg has painstakingly compiled a list of over 9,000 things that have remained the same in 2015 as in 2014, which includes the difficulty of pronouncing and spelling the name "Benedict Cumberbatch," Mr. Goldberg's own wife's highly disagreeable disposition, and how tricky it is to get lasagna stains out of crushed velvet.

"It's unbelievable but I have yet to find anything that has changed," commented Goldberg.  "Best I can determine is that maybe the normal massive annual changes sometimes skip a year and that when 2015 makes way for 2016, hold on to your hats!"


*I didn't say as good as the Onion, just in the style of.

A very astute observations if I may say so. Oh, wait a minute, I just DID say so.
I guess this means you're STILL not getting laid, so truly, nothing has changed.
Let me know if you find a solution for the lasagna stains on velvet. I'd like to get my Elvis portrait back in vintage 1978 condition.

So true--the more things change, the more they stay the same. For instance, I will never understand why the hell Kim Kardashian is popular. That will stay the same even if I do get the flying car and ray gun that I expected to be delivered to me back in 2000! ;-)
Thanks for visiting us at peppersfetch.blogspot.com

Thanks, Cara! I promise to visit your site.