Visiting Day from the NSA 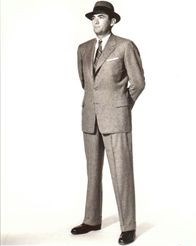 Got any Pop-Tarts, Perry?

I must admit to conflicting feelings about the NSA Scandal involving the government snooping on the telephone and electronic media records of millions of Americans. On one hand, I value the right to privacy and am concerned about potential infringements of that right.  On the other hand, I appreciate the efforts of anyone trying to keep me from being blown up.

Then there's the matter of  Edward Snowden.  Here's a guy who feels it's necessary to violate the primacy of highly confidential information in the name of democracy.  Isn't that exactly what the National Security Agency feels as well?  So what's the difference between the NSA and Snowden, aside from Snowden's incredibly self-aggrandizing attitude?

That said, I was kind of surprised when I stumbled into my kitchen yesterday morning and  was promptly handed a bagel by an officious looking man in a dark gray business suit.

"Morning, Mr. Block.  I know you don't like butter or cream cheese, so your bagel's lightly schmeared with strawberry jam, just the way you prefer it."

"Thank you very kindly.  Who the fuck are you?!"

"Agent Leonard Dawes of the National Security Agency.  We've been monitoring your electronic communications for quite some time, Mr. Block."

"That's Agent Carruthers.  Got to get him to start using a handkerchief."

"But why are you here? Why don't you just monitor my phone calls, like you do with everyone else?"

"We do, but there's only so much you can learn from heavy breathing."

"Oh, no? We have it on good authority that you participated in numerous peace marches in the late 60's and early 70's."

"But that was only to try to meet chicks and score dope!  I was about as political as The Brady Bunch!"

"Funny you should say that since we're also monitoring Greg Brady; all those flowery shirts, he had to be up to something!  Besides we also have it on good authority you voted for McGovern."

"Thank God, at last somebody reads it!"

"Oh heavens no, we don't read it!  We just check from time to time to see if anybody does."

"Well, how do I go about living with the man in the gray flannel suit in the same room as my major appliances?"

"That's kind of tough with a tennis racket, golf clubs,  and matching three piece set of Louis Vuitton luggage in my living room. Say, would you like some Coco-Puffs, Agent Dawes?"

"Not only that, but my dentist wants me to give up Coca-Cola!"

"That is tough, Mr. Block!  With you going through such trauma, think I'll let you slide and clear out."

Just as nature abhors a vacuum, I abhor a post with no comments. So I'll supply one.

The issue of the NSA's activities is one that requires further thought and scrutiny and whether the actions of Edward Snowden were beneficial and appropriate or harmful and destructive remain to be seen. One thing, however, is clear: whether his actions were appropriate or not, his motivations were based on his own deluded sense of self-importance and not the good of others.

He's a douchebag, pure and simple.

LOL...I agree with you Perry...and love your blog...LOL...and so I promise...regardless of who is listening...to leave a comment now and then..

Thank you, Joyce. And since you seem to be active on Google +, which I am not, I promise to start looking there as well.

I really dislike the way it's laid out, however.