You Can Drink All the Liquor, Part II 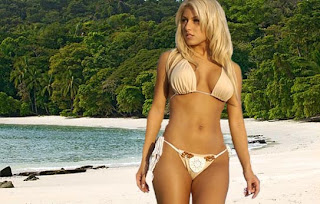 "Because, Brandon, it isn't every day we go to Costa Rica, and we have to plan carefully."

I might have added also it's because I am totally neurotic about almost any new experience except changing my socks, but some things pretty much go without saying.

"There's many decisions about the trip," I pointed out to Bran, "that we've yet to make."

"Like what, Dad?  We've picked the hotels, changed them two or three times, picked them again, re-routed our itinerary, temporarily considered Disneyworld as an alternative at your urging because the snakes there are animatronic, and booked  mini-golf in Monteverde with full deposit paid."

"Oh, yeah?" I shot back. "We haven't yet selected where to have breakfast on Day 2 in Tortugero!"

"Dad, can't we leave breakfast to chance a couple of days?"

"Need I remind you, wiseguy, you said the same thing about picking the right gift shop for postcards at the airport!"

Now I don't know if many of you've had the opportunity to plan overseas travel, but it can get a bit complicated.  It does, however, provide a great opportunity to experience what it must be like to plan a Royal Wedding assuming you're never going to get a shot at sitting next to the Queen and actually writing out seating arrangements for Prince Charles and Camilla Parker Bowles yourself.

Putting together a trip to a place like Costa Rica presents a classic case of TMI --- there's guidebooks, websites, videos on You-Tube, Facebook pages, forums, Great Events in Costa Rican History Connect-A-Dots, and a "Help Explorer Sam Find his Way to Tortuguero Without Being Eaten Alive," which no matter how often I try always winds me up inside the volcano in Arenal. We've been through two travel agencies, three tour operators, and multiple conversations with friends and acquaintances who've been to Costa Rica, including two doctors, a musical conductor, and two random people on Twitter who may well be psychopaths for all I know.

"BTW, Brandon, I was checking Frommer's guide last night," I said, "and we may want to reconsider the hotel in Manuel Antonio."

"Why?  We already reconsidered it three or four times."

"Frommer thinks the wake-up service runs a good two to three minutes slow.  But, to be fair, Mr. and Mrs. Lance Fairchild from Ohio noted on the "Costa Rica-WOW!"  travel forum that they have among the best chocolate chip cookies on check-in in the entire Central Pacific Region!"

"I'm not so sure.  I think we should get on Skype to the tour company and ask a few more questions."

"Dad, you've asked more questions over the past few months than somebody who put their life savings into the Facebook IPO.  And besides, some of your questions are kind of embarrassing."

I guess maybe Brandon's right after all.  Frankly, with all this excessive planning,  sometimes I'm starting to feel like we've already been to Costa Rica and back!

There's one more gift shop in the San Jose Airport whose post card selection I gotta check out!

"We've been through two travel agencies, three tour operators, and multiple conversations with friends and acquaintances who've been to Costa Rica, including three doctors, two lawyers, a musical conductor, and two random people on Twitter who may well be psychopaths for all I know." ROFLMAO!!!! I think I unfollowed that psychopath ....

I wouldn't bet on it. I'm not sure that psychopath isn't me!

Thanks for writing and following.