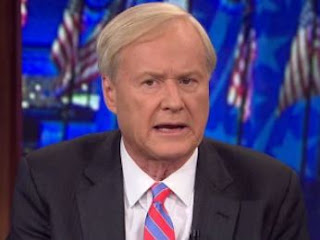 “Explain?  It’s been a week when explanations have been singularly lacking from the White House or Congress.  An explanation of the positioning of the man next to you in bed would be copacetic given today’s uncertain political climate.”

“Chris, it all started when I ran into …"

“I know, ran into Josh Mandelbaum. I recognize Josh now as a reporter for Reuters who used to hold administrative positions in the second Bush administration.  Josh, are you serious about my wife?”

“Good to be with you too, Josh. There’s many questions I’d like to ask you regarding how W would have reacted in situations where Trump is predictably floundering. But first about Kathleen.”

“Back in Philadelphia where I come from I find that people who say they never meant - especially those from the corner of Broad and Girard -  have in reality been carefully planing their misdeeds from the very start.  Kathleen, thoughts?”

“Of course I listen, sometimes for multiple seconds at a time.  Josh, your intentions about Kathleen?”

“Honestly, Chris, this is only the first time that …”

“I see some indecision on your part, Josh.  It might help you to think about what Bobby Kennedy would do. As Kathleen knows, I have a new book out about Bobby Kennedy, who is a personal hero of mine along with his brother Jack, called Bobby Kennedy: A Raging Spirit available at Barnes & Nobel, Amazon, and fine bookstores everywhere.”

“That’s one of a host of options, Kathleen, and I’ll be hanging to see if that’s the one you do elect. Now, tell me something I don’t know. Josh?”

“Chris, I want to apologize to you …"

“That’s refreshing, Josh, because apologies are something in short supply from this guy who's currently serving as president. Kathleen, tell me something I don’t know.”

“I think you’ve already made that point clearly and succinctly, Kathleen, and it doesn't bear repeating. Now ... umm ... you there? ... tell me something I don’t know.”


“That’s okay.  If there were a third, I wouldn’t let them speak anyway.”

Like Chris Matthews, I've got a new book out called Perry Block - Nouveau Old, Formerly Cute.  If you liked this post, you'll love my book.  If you hated this post, I hope Chris Matthews comes to your house and you never get the chance to speak again for your entire life!