Next, Michelle Wolf Headlines at the Bar Mitzvah of Elliot Grossman 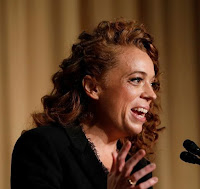 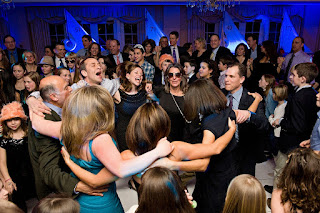 It is a pleasure to have been invited to headline this evening at the Bar Mitzvah of young Elliot Grossman. I’m comedian Michelle Wolf.

Thank you, Mr. and Mrs. Robert Grossman for having watched me at the White House Correspondents dinner and deciding that my brand of humor was just perfect for a group of Jews spanning the age bracket from 6 to 97.  I can’t decide if you two are admiringly liberal or just plain nuts.

And there they are the two of them at the head table: the proud parents, Robert and Estelle Grossman! Getting a little paunchy there, aren’t we Robert?  And Estelle, judging by your hair and make-up I take it you’re the one in the family who has the money.  Am I right?

Robert’s secretary Annie Aimsworth is also with us too. Where are you Amy?  Ahh, yes!  Conveniently seated toward the back of the room with your clearly gay co-worker Ralph, pretending he’s your boyfriend. You two look very unconvincing.

Are Robert Grossman and Amy having an affair, you ask. Those two have been under the desk more often than well-chewed gum. But one thing I have to say for Mr. Grossman; he’s the best at delivering fake news since Sandra Huckabee Sanders.

“I never collude with my wife anymore,” he’s told Amy. Sure. I was walking by their house last night and judging by all the squealing I heard those two were either colluding like Trump and Putin or eating some unbelievably under-cooked roast pig, which I doubt because they’re Kosher.

Then he told her “I love you.” Sure, he loves her!  He loves her like he loves the Philadelphia Eagles: he gets very excited once a week and the rest of the week he spends thinking about who he can acquire who’s younger.

I can’t get into the third instance of Robert’s fake news to Amy because it's so gross it wouldn’t even be appropriate for a White House Correspondents dinner!  You might be able to guess it.

And now let’s talk about Elliot who is today participating in a Jewish tradition that dates back thousands of years in which a 13 year old Jewish boy gets to say “Today I am a man.”  Looking at this kid, I’d say it’ll probably be another thousand years before he actually is a man. Did you ever she such acne? He’s far more likely to attract a dermatologist than a nice Jewish girl.

Didn’t Elliot do a great job chanting his haftarah? Look, Morrie ... May I call you Morrie? ... Cher he’s not. His voice cracked more than the ice on a pond you blunder onto in winter. Talk about paunchy,  your belly could serve as a fun trampoline for the entire Trump Administration!

Well, folks, that brings me to the end of my set. I know some of you might complain that I went over the top and was offensive.  But then this isn’t our nation’s politics I’m screwing with here, it’s just one Jewish family!

Speaking of Jewish families, would you like to hear some material about Jared “Peace in the Middle East” Kushner and Ivanka “Fake Tits” Trump?