Bannon and Costello - Separated at Birth 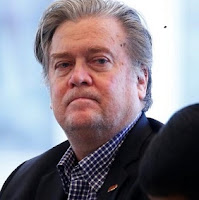 Is it because of his bizarre goal of allying the United States with Russia in a crusade against the world’s Muslims, his plan to deconstruct the administrative state, or the fact that he looks somewhat like one-half of one of the most famous comedy teams ever, Lou Costello of Abbott and Costello fame?

It turns out to be the latter.

"Steve, I really like your idea of lying about liberal activist Angelina Jolie."

"Thanks, Mr. President.  Are you all set to go public with the ridiculous assertion that she has sex with inanimate objects, like rocks."

“Sure.  After all, she was married to Brad Pitt."

"Anything else today, Mr. President?”

"Oh, no, that's what I like about you.  It's because you look somewhat like a burned-out Lou Costello."

“But I always thought you liked Abbott and Costello."

"I can't concentrate on work when you're around!  All I can think about is "Hey, Abbott!"

“But you have the attention span of a flea to begin with!"

"Yes, but every time I see you I want to rush out and go watch Abbott and Costello Meet Frankenstein.  Ha, ha, ha, ha!"

"Steve, before you leave in total disgrace, let’s do it one more time."

"There's Who's on first, What's on second, and I Don't Know on third."

And in case you've never heard it, here's the complete "Who's on First" routine as performed by Bannon and Costello ....ooops, I mean Abbott and Costello! 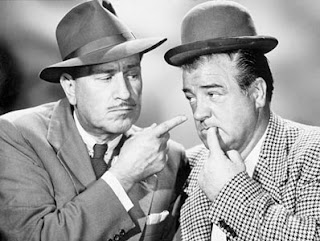 Bannnon is no doubt one of Lou Costello's bastard children. As far as Angelina goes, if you painted yourself gray and pretended to be a statue, you might have a shot. I can just see her slobbering all over you with her Mick-Jaggar-style lips.

What isn't widely known is that after Costello died Bannon did take over for him in the last Abbott & Costello movie "Hold that Deconstructed State!" It features the hilarious routine "Niagara Falls! Slowly I deport all Muslims ..." Angelina's lips have always bothered me somewhat, to tell the truth, such that I limit myself to only half a dozen fantasies with her a day. That's fewer than I have with the Andrews Sisters! Yep, sisters!