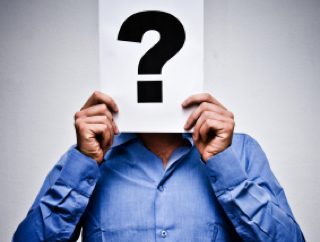 A short play on politics of the day in playlet form (mostly). We are in a meeting hall in which presidential candidates are answering questions from reporters.  There is a moderator and two reporters, Sid White and Deborah Stanton.

Deb
Thank you, Governor Huckabee, that was ... uh ... illuminating to learn God and Wayne LaPierre are on a first name basis.

Huckabee
You're welcome, Ms. Stanton! You know, God personally blesses all semi-automatic pistols and assault weapons.  He has guided me in his namesake to purchase Glock weaponry...

Moderator
Sorry, out of time, Governor Huckabee! We need to bring out the next candidate to speak at this Special Republican Candidates for President Forum.

Governor Huckabee walks off the stage and there is a brief break in the action.

Sid
Deb ... Pretty sad state of affairs with our party's candidates. The only one who has any charisma is Trump and he's a wacko.

Deb
I know. I haven't experienced anything as depressing as this since HBO renewed The Comeback with Lisa Kudrow. Who's up next?

Sid
The new guy. I've heard some good things about him. He's plain speaking. He's down to earth. Here's hoping he turns out to be the one to knock off Donald Trump at last.

Deb
I hope so.
Moderator
And the next candidate from the Republican Party for President of the United States, Governor Kent Larson.

Governor Kent Larson, a tall good-looking man, strides up to the podium.

Governor Larson
Good evening, ladies and gentlemen, it is indeed an honor and a privilege to have the opportunity to speak here tonight as part of the Republican Candidates for President Forum. As your newest candidate for the highest office in the land, I am thrilled to share with you some of my ideas to help secure a bright future for the country and the land we all love.

Sid
(talking low to Deb)
Hey, so far, so good.
Deb
(talking low to Sid)
He's smooth! I think I like him.
Moderator
Deborah Stanton will ask the first question of Governor Larson.

Deb
Governor Larson, many of the Republican candidates still oppose same-sex marriage despite the recent holding of the Supreme Court. What is your position on the subject?

Governor Larson
My position on the subject? It would be underneath one of the guys.  Or on top, whatever he likes better. I'm not picky.

Sid, Deb, and Moderator all look at each other.

Sid
(talking low to Deb)
Say what?  Did I hear that right?
Deb
(talking low to Sid)
I'm not sure...
DEB
Governor Larson, perhaps there was some confusion about that last question. What I was asking is if you view same sex couples....

Governor Larson
Oh, sure, I like to view same sex couples. In fact, I love it!  Two guys, two girls, doesn't make any difference to me!

Deb and Sid look at each other in sheer dismay.

Moderator
The next question for Governor Larson comes from Sid White.

Sid
Thank you ... I think.  Now, Governor Larson ... um ... One of the biggest challenges faced by the civilized world is that of ISIS. What are your thoughts on containing ISIS?

Governor Larson
ISIS certainly must be contained and contained effectively. Generally in a good sized cooler! There's nothing like a brewski on ISIS on a hot summer day!

Sid does a double-take, Deb slaps her hand on her forehead.

Sid
No, no, sir, when I say ISIS, I mean the terrorist organization ... the Sunni organization...

Governor Larson
Oh, well, if it's Sunni out, all the more reason you need plenty of ISIS! Stock up early on a hot day, I always say.

Sid
(Talking louder too)
Vetted him? Somebody should have gutted him! I can hear the champagne bottles popping right now at the DNC.

Moderator
One more question.  From Ms.Stanton.

Deb
(responding cautiously)
Okay ... okay... sure, one more. Governor Larson, immigration is a big issue these days, and many are concerned about Mexican Immigration.

Governor Larson
Oh yes, if I may, Mexican Immigration is something I've thought long and hard about!

Governor Larson
I love all kinds of Mexican food. Tacos, fajitas, enchiladas, everything!  I've never had immigrations, but I'm sure I'd love them too.

Sid
What did he say about Larson?

Deb
He's shot to the top the polls.

Deb
Larson's shot to the top the polls. Voters find him plain speaking and down to earth. He has become...

Sid and Deb together
(looking at each other)
The new voice of the Republican Party!

Sid
Who's up next?

Moderator
And the next candidate for President, Donald Trump.

Sid
At last!  Someone sane.

Huck blessed all our weapons while Governor here in Arkansas. He recommended we add night vision optics to all pea shooters and bean flips and even approved concealed carry for spit-wads.

I really like the New Guy's view on same sex stuff, especially if it's two hot chicks. I like the thought of adding tacos and burritos to the party platform too. Trump's got nothing on this guy.

Actually I like Huckabee. He's very personable even while he's spouting policies I don't like. But the New Guy just might put the Republican Party over the top, especially since over the top is one of the places he likes to be.

Insanely funny Mr. Perry. Trump is sane? News to me!
In general I'm against guns in the bedroom with or without any two or more consenting adults.

Thank you, Tracey! I like writing sketches like this, but I'm not sure that many people like to read them. I'm not against guns, I just think people should be licensed to use them like licensed to drive cars. And oh yeah, Trump is not sane by any stretch of the imagination except as compared to the New Guy.