Brother, Can You Spare A Drachma? 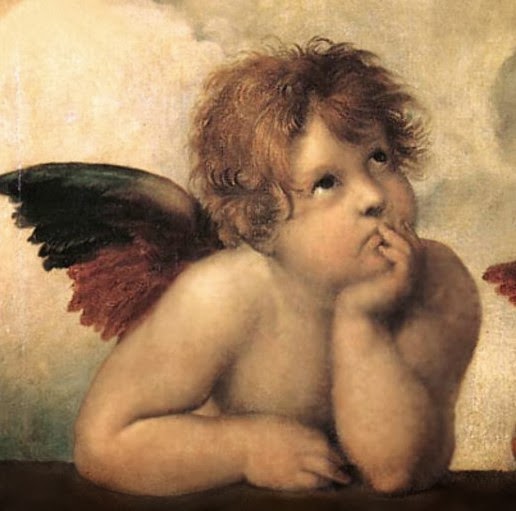 It's me.  Your favorite 95% naked Greek God who looks like the Gerber Baby.

I just stopped by to say hello on Valentine's Day, which used to be my special day til I jumped ship and headed for greener pastures.  Or in my case, whiter snowier pastures.  And BTW ...


Brother, can you spare a drachma?

Last time I saw you  I had taken over the Groundhog Day gig at Punxsutawney PA, but I'm sorry to say things didn't work out. Punxsutawney isn't exactly Rio de Janeiro when your best suit of clothes is a loincloth and your employer won't even spring for a North Face jacket!

Then again I had the unfortunate occurrence of being caught with my head up a few things other than my burrow hole.

Well,  I am Cupid, goddamnit!

Hitting the job market, I first applied to work the Jewish holiday of Shavuos but got turned down.  They said a chubby Italian kid shooting arrows wasn't appropriate for a Jewish holiday.

They said even my most potent arrows couldn't make Jewish men sexy.

Now I'd rather bench press Governor Christie than go back to working Valentine's Day, but there is a certain cache in being a Greek God that isn't matched by fry man at McDonald's. So, I took a hint from some of the Jewish guys I'd hooked up with Jewish American princesses over the years, went into full begging mode, and called Zeus.

"Cupid? I vaguely remember someone named Cupid who ran out on us last St. Valentine's Day!  First Valentine's Day that even the Rock didn't get laid! "

"I want to come back, Big Guy.  Uh, you offering Obamacare now?"

"Why should I take you back?"

"Because I can do this job like none other. There ... THWACK ... I've just united another two in love!"

"That wasn't another two, that was another one - Governor Christie!  Like that guy needs to love himself more?"

"But no one handles gay marriage like I do. Watch me .... THWACK ... I've just sealed the relationship between two very handsome young gay men!"

"Cupid, that was Achilles and Patroclus!  You just ruined an ages-old mystery that has sparked fascinating debate and scholarship for centuries!"

"He writes the songs that make the whole world sing, Cupid."

An HBO series isn't a bad idea. This could be a great starring role for you, Perry.
I can just see you chasing after a young couple wearing a red North Face jacket (unzipped, of course), New Balance tennis shoes, and polka dotted Depends.

If Zeus thinks Barry Manilow still "writes the songs that make the whole world sing," then Cupid's not the only one who needs replacing...

Funny you should mention that, Carrie. It's long, I don't expect you to read it, but here it is anyway: "Radnor: Warrior Lass with Swords," only at Nouveau Old, Formerly Cute! http://bit.ly/1f2ogcW

The major inaccuracy is that there is no Cupid!! :-)

I can hear the gasps from here.

Boy, are you unromantic!