Harry Potter and the Goblet of Listerine 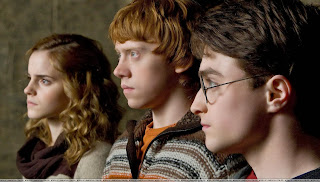 J.K. Rowling, author of the mega-popular Harry Potter books, made news this week by announcing she felt she'd made a serious mistake by pairing Hermione Granger with Ron Weasley rather than Harry Potter in the final installment of the series.   Today Rowling went even further in confessing additional bone-headed choices she made in writing the books.

“My biggest mistake was setting the stories in a school for wizards," said Rowling. “I should have written about dental school!

"Harry, Hermione, and Ron would have been perfect as three Jewish students from Scarsdale on their way to a lucrative endodontics practice under the wise tutelage of Dr. Albert Dumbleberg DDS!"

Rowling also noted she screwed up with other characters as well. "Voldemort should have been Dr. Mort Volderman, an orthodontist so wicked he refuses to accept the amount the insurance company pays for services as payment in full!

Former fans of the Harry Potter series worldwide are incensed that Rowling has now admitted that she shamelessly palmed off such unvarnished crap on them. "Those of us who loved the Harry Potter books," said one teary-eyed reader,"are heart-broken to find out they're actually shit!"

Rowling has promised to rewrite the entire series and has already begun work on Harry Potter and the Goblet of Listerine.

"And I guarantee," she added, "that it will feature a hot scene in which Harry and Hermione get funky in the dentist's chair while Ron is busy unspooling dental floss in the back."

Wow! I'm so excited I'm going to go get a shot of Novacaine and drool all over myself in anticipation. Those dental chairs can be adjusted in a variety of undulating positions. I'll be flossing all the way through the love scene.

Get ready for undulating like at your last root canal. Harry and Hermione are not the most exciting couple. I understand in the upcoming scene together, Harry talks to snakes and Hermione talks to his snake. It's not a pretty scene. You'll need Novacaine!