The Greatest Invention Ever 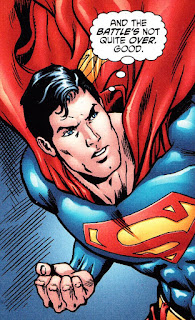 It may be a bit of hyperbole to call it that, but Superman couldn't think straight without it,  and without it  Batman might as well call himself Bruce and fight crime in a tuxedo.  And its inventor is  indeed one of the richest men in American.

Wayne Blitzstein, the inventor of the comic book "thought balloon."

Prior to Blitzstein's dazzling innovation, all characters in comic books thought in the same manner in which they spoke.  A word balloon coming to a sharp point directed straight at each character's head was used for both thought and speech.  Consequently every character in every comic book knew exactly what each other was thinking!

Pandemonium ensued. Commissioner  Gordon, the  Joker, the Penguin, and every other resident of Gotham City knew Batman's secret identity, rendering him far less effective as a crime fighter.  Mostly he just gave out parking tickets and posed with Dorothy Lamour. Superman, for his part, was constantly being slapped by Lois Lane whenever he gave her the once-over with his ex-ray vision, causing her to break her hand in every edition of Action Comics until the early sixties!

The worst impact of the so-called Uni-Balloonular System of Comic Art was visited on the romance genre of the comic book. Since characters kissing passionately had to think in the same word balloons they were speaking, their thoughts could consist of nothing more than:

Assigned to work on Wonder Woman in the late 1950's, Wayne Blitzstein was rapidly becoming sick of drawing uni-balloons with the words "stop thinking about my tits!" One night while chewing bubble gum and thinking "maybe if I took her down a cup size or two," Blitzstein blew a bubble and made a connection:  thoughts could be separately depicted by a series of bubbles leading to a word balloon, and the sharp pointed balloon reserved for speech!

Comics were revolutionized! Batman was able to think about how he hated his implausible runt of a sidekick while beating the crap out of the Joker, Lois Lane's hand healed and she grew neurotic and unstable over whether or not Superman dug her, and romantic comic book leads could finally smooch while thinking more mature plot-driven thoughts, such as ....

She: "I wonder if he knows I'm cheating on him with  fully two-thirds of the Green Bay Packers?"

He:   "I wonder if she knows I'm cheating on her with  fully two-thirds of the Green Bay Packers?"

Wayne Blitzstein became fantastically wealthy and today lives mostly on a private island he owns off the eastern coast of Europe known as England.  A bit of a recluse, he does not like to talk about his billions or his days as the struggling comic book artist who sounded the death knell for the Uni-Balloonular System of Comic Art.

How does he feel about his place in the history of  the comic book?

Who knows?  He always thinks in thought balloons. 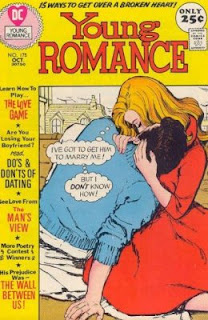 Dude...I love inventors. And the thought balloon is so, so simple, yet as functional as a safety pin. Good thing he and the inventor of the pin didn't become involved...

Actually Wayne Blitzstein invented the safety pin too because some guy was thinking about it in a speech balloon and Wayne simply came along and copped it. Curious how Wayne hasn't invented a damn thing since he came up with the thought balloon!