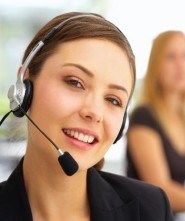 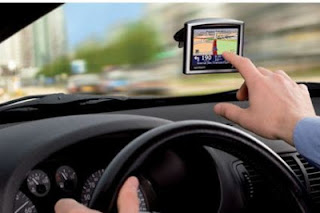 I'd never purchased a GPS in all these years since they've had them, dual reasons being I don't generally go anywhere I might get lost and I'm penurious, a euphemism for expressing the fact that I'll bend over to pick up nickels off the sidewalk, if not pennies themselves.

However, of late I'd begun to perceive the value of regularly hearing a pleasant female voice speaking directly to me, a rare enough occurrence in my life.  I found myself frequently using the self check out lines at the supermarket just so I could hear a sultry young woman tell me to "press enter" and then thank me for bagging!

I could just imagine hearing that warm soothing voice talking to me day in and day out, guiding me through life, speaking to me and me alone:


Perry, that was a masterful and assured parallel parking job!

Perry, look how long and straight you drove down that hard road, just like I asked you to!

Perry, you are my auto-erotic hero!

So I went out the other day and bought me a GPS.  There's only one problem;  my frugality won out, and I bought myself an Off-Brand GPS.

"Now, Little GPS," I said as the two of us left the store, "kindly direct me to 489 North Cavendish Street."

"North Cavendish Street?" replied the Little GPS. "That's not such a nice neighborhood, I don't think we should go there."

"Where's your sultry pleasant voice, Little GPS?" I asked. "You sound like actress Fran Drescher from The Nanny!"

"Alright, but please give me the directions to 489 North Cavendish Street."

"Drive straight for three blocks, then make a left on Buchanan Street. Take that down to Malloy Street and make a right."

"Then proceed about 100 yards and stop to ask directions from the old guy in the stained blue windbreaker."

"What?! Ask directions? That's what you're for!"

And so it was for the next several days. The Little GPS was generally disagreeable and almost always unhelpful. Finally it reached a breaking point.

"Well, I say YOU got US lost.  You're the one with the reputation for screwing up!"

That was it!  Bargain or no bargain, the Little GPS was getting returned!  Fortunately on my way back to the store I found a half dozen pennies on the sidewalk.  Well, this time around I bought myself a Premium GPS featuring the voice of Scarlett Johansson.  I don't even care if it gives decent directions.

Frankly I don't take it out of the house ...

This reminds me of the Redneck GPS I bought with the voice of Larry the Cable Guy. It can get me to Walmart and the liquor store, but that's about all.

LOL! I think I saw that one in the store. You pay extra for that.