Watch Out: It's Slugger Mitt! 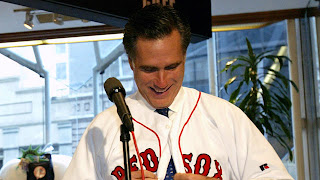 Watch out, Dems!
I slightly dented the cover off the ball.

"When it comes to getting the pulse racing," said GOP operative  Mary Matalin," you just can't beat overweight middle-aged white guys from the Bible Belt!"

"After watching Michelle Obama stumble through her incoherent mess of a speech in that wooden style of hers," beamed  Karl Rove, "Democrats must concede they have no one can match the charm and charisma of our powerhouse candidate Governor Mitt Romney!"

"When he spoke last week,  Mitt really hit it into the park!" crowed Rove.  "He might  have even stretched it to a double if the pitcher had bobbled that smash bunt of his."

GOP adviser Ed Gillespie proudly pointed to the dynamic performance of rising Republican superstar Marco Rubio who movingly and verbosely invoked the spirit of the American Dream, "which is legally owned by Republicans."

"Senator Rubio's slightly overlong nomination speech --- which is still on-going on and running  simultaneously with the entire Democratic National Convention ---  is sure to drive millions of viewers away from Bill Clinton's DNC address tonight.   Hah, bet Clinton's speech will be about as exciting as an interview with an empty chair!" 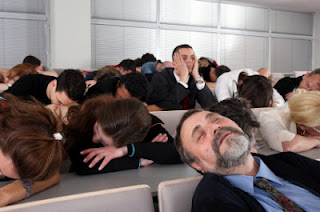 Last Night at the DNC

Sport and US politicians - for this reader, you might as well be writing in Mandarin Chinese :o)

For this very important reader, I shall learn Mandarin forthwith!

Thanks for writing, Lexi.