No Frills? No More! 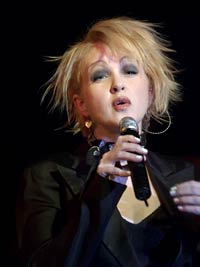 Do you see my true colors shining through?
Is that why (dare I say) you love me?

Ever since I began "Perry Block -  Nouveau Old, Formerly Cute" about two and a half years ago, I have always referred to it as a no-frills blog.

It was to be laid back in nature.  Nothing showy or ostentatious.  No fancy chandeliers,  ornate tableware, or cascading outdoor fountains to strain your comedy budget.  All profits to go back into humor,  and we pass the savings on to you.

As the blog template for my no frills blog, I chose Bloggers' most basic template. I would reproduce it here for you, but I'm afraid it is so old it is incapable of reproduction.  It is so old that the person who developed it still plays Pong.  If is so old that Gutenberg laughs at it. *

It was perfect for Nouveau Old, Formerly Cute.

A no frills blog seemed to totally befit my character and image as the bummed out Baby Boomer who feels the world is passing him by without so much as offering him a lift.  He - that is, I - would never seek out a blog format with bands playing, drum majorettes twirling,  and cymbals crashing when the only crashing he's accustomed is Windows XP whenever he's got a time deadline.

But today we are no frills no more! Over the last several days, I have added a frill or two. Actually they're more like frillettes. Why?  Because after all this time, I've failed to find favor with the American public.  Oh, why mince words,  I'm about as popular as a cross between eight day old shellfish and Mitt Romney with PETA!  So I went into Blogger determined to make a few changes.

Change!  After"aging" and "sixty-two (62)," the most hated word in the English language and more hated than sixty-two if we view that  number as referring mostly to the year I first heard of the Beatles and little more. But I will face "change" bravely after a drink or two and a couple of hours of good old-fashioned "I put the PRO in procrastination" procrastination!

I clicked on Perry Block - Nouveau Old, Formerly Cute, clicked on "Design," took a quick survey of my ill-read posts (Yep, Clint Eastwood's not exactly packing them in, all right!), sighed, and clicked "Template," then "Customize."  Yessiree, I'm ready to rock my bloggin' world!

NOSIREE, WHAT THE BLOGGIN' HELL IS ALL THIS ABOUT?!!!

Multiple and diverse template designs, an exploding world of vibrant and pulsating colors, almost as much potential Change as Barack Obama says he can't make from the Inside,  and ....  oh, brave new world that has such people in't!

It didn't take me long to determine that the blog formats labeled as "Awesome," and "Dynamic," and "Way Cooler than You" were not appropriate for Nouveau Old, Formerly Cute.  I chose the one called "Chicken Shit Change" and moved on to the color schemes.

I scanned almost every color for every field from "Bordello Red" to "Insipid Blue" to "Orangy Orange" to "The Scientists are Still Working on this Color."  Finally, I chose what you see before you. Instead of a negative, morose,  and downbeat dark blue and green, I present to you a  positive, cheerful,  and upbeat auburn and red.  I may still be negative, morose,  and downbeat  but I now at least have the decency to lie about my colors.

Or at least tolerate me better?

Change is a good thing. It happens whether you join in or not! Love the new look. ;-)

Thanks for commenting, Debra.

I'm still being mostly ignored, but I'm being ignored in style!

Good luck with your changes.

You'll always have readers who enjoy reading about how unreadable your blog is.

What is the background? My guess is, it's a close-up of part of a painting. I want to pick bits off it with my nail.

Can you keep changing it till we all (well, me mainly) like it?

Maybe my tag line ought to be "America's Most Unreadable Blog?"

You mainly describes about 50% of my followers, Lexi, so if you don't like it, I'm in trouble!

Okay, it's back to the laboratory...

Change is good Perry, so live a little! By the way, the color scheme is very nice!

Live a little? Yeah, a little is about all I seem to be able to manage!

And thanks for the comment on the color scheme. Once I get it home and see how it goes with the carpeting I can make a final decision.

Yes, it's certainly moldy, all right.

But if you like it, Marisa, maybe I'm well on my way!