The Uniquely Original Origin of the LOJM - A Jewish Folk Tale 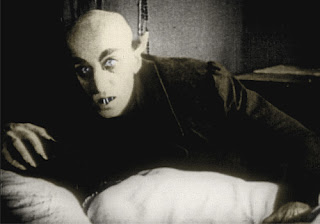 
The Uniquely Original Origin of the LOJM
A Jewish Folk Tale

A long time ago in the City of Prague in Bohemia there was once a thriving Jewish community which lived happily and at peace with its gentile neighbors.

Jews and gentiles would deal fairly together in the marketplace, frolic with one another on the hillsides, and band together to beat up Gypsies. They lived so peacefully and harmoniously together that even the Gypsies were pleased.

One day a man who hated the Jews became King of Bohemia. The new king despised the Jews because they did not accept Jesus Christ as their Savior, although there is no evidence that Jesus ever applied for acceptance, and certainly did not apply for Early Acceptance.

Soon young gentile toughs began prowling the Jewish Quarter causing mayhem and inciting fear in the hearts of the populace. They mocked and taunted Jewish women that their floaters were actually sinkers, spread vicious rumors that Miracle Whip did wonders for corned beef, and shamed Jewish men for not calling their mothers.


Now the Chief Rabbi at Prague - a man of such piety and learning that history has honored him with the reverential title “Henry Schwartzberg”- was known far and wide for having once been second runner-up on “Jeopardy.” The terrified Jewish townsfolk ran to his study and begged him for help and guidance, primarily requesting he send for the first runner-up whom they assumed was smarter.

"I shall help you, my children," said the Chief Rabbi, "although I'm beginning to see why the new king hates you. I shall make a Golem out of clay to protect us all."

And so the Chief Rabbi went to the banks of the river and formed the figure of a giant powerful man out of clay. When he had completed the enormous figure he recited blessings from the Scriptures and the Golem of Prague sprang to life.

"The purpose for which you were created, Golem,” pronounced the Chief Rabbi,   “is to protect the Jewish people from harm.

Now Go Fulfill your Destiny!”
“And on your way back, can you pick up the dry cleaning at Fleishman's?"

The Golem went forth and used its power and size to avenge the Jews wherever they were wronged, abused, or required to take math to graduate. Soon the Jewish people began to feel so safe and secure that some actually refrained from converting to Christianity and denouncing the others.


Because the Golem was a powerful giant, it attracted the attention of the WWA and soon the Golem succumbed to a lucrative offer. The Grand Rabbi wearily returned to the riverbank, intent on making a second Golem. But as he reached down and began fashioning another figure from the moist clay, he had a thought:

"My mistake was making the first Golem a powerful giant. This time I will make it sixtyish, bent-over, and goofy-looking, and it will never leave us.”

And so the Chief Rabbi began slapping together a sixtyish, bent-over, goofy-looking man out of clay. When he had completed the pathetic figure, he recited blessings from the Scriptures, and the second Golem of Prague sprang to life.


When he fixed his glance upon his newest creation, however, the Chief Rabbi gasped:

The LOJM!"
(“The Little Old Jewish Man, pronounced the “LOW-JIM.”)
The LOJM opened its eyes and regarded its reflection in the river.
“This is what I look like?" it said. "I’ve got to start shopping at Whole Foods!"
"The purpose for which you were created, dear LOJM,” said the Chief Rabbi "is to protect the Jewish people from harm of any and all kinds."
"For this you brought me to life? I could have been Gumby!"
"I repeat, LOJM:  Your destiny is to protect the Jews!"
"Protect the Jews? I couldn’t go two rounds with you! And checking out my jockey shorts, Uncle Miltie I’m not!"

"My destiny," bitterly vowed the LOJM, “is to avenge myself for my misfortunes by making all other Jewish men of a certain age appear just as sixtyish, bent-over, and goofy-looking as I am!

And with that, the LOJM vanished in a puff of smoke!

In time, the evil King of Bohemia passed away and was replaced by a benevolent king who loved the Jews so much he married one, dying by his own hand shortly thereafter.
Henry Schwartzberg, blessed be he, later wrote the original history of these unique events, which serves as the basis for the folk tale you've just read. I think he self-published.
There were lots of typos.
And the LOJM? It remains at large today.
BEWARE THE LOJM!
Unless, of course, you’re a Jewish woman of a certain age.
In which case:
BEWARE THE LOJW!
We’ll relate her uniquely original origin another time. 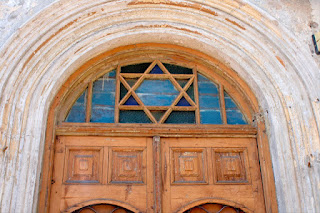 I was shocked to notice Paul Simon turned into a LOJM. Remember the song "Old Friends"? That's him now. Actually, Artie's kind of one, too. Well, maybe a BOJM.

Beware LOJM ESPECIALLY if you're a chick! He'll go after you AND your sister!

Yep, Paul Simon looks kind of like a LOJM. And he could well be my LOJM when he sings "When something goes wrong, I'm the first to admit it."

But I'm afraid my LOJM is lots more disgusting than his. And gigantic, it's not ...

But as history has shown us, he's way too pooped to catch either of them.

How 'bout you slow down to his speed one day, Winonah?

I believe you said you were Jewish.

There now, you've got your very own mythic creature to stalk you!

No, not Jewish. Lapsed Methodist. Just an LMEMPP.

Got an idea for Star Trek piece. Will DM you.

It's the three days that make the difference!

I'm quite sure that, having read this post, I now qualify as a scholar of the Jewish faith. I'm off to update my CV, now.

Yes, my son. Now come forward and I will perform the official ceremony that initiates you into the Jewish faith.

I was referring to watching The Daily Show, what were you thinking?